Why the World’s Religions Are Dying a Slow Death 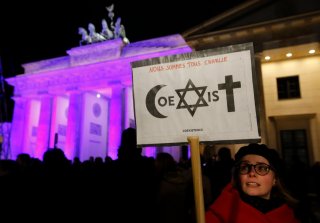 Since 2015 I have been traveling America and speaking globally in an attempt to bring people of different faiths closer together. My particular area of focus is explaining the common stereotypes that non-Muslims hold towards Muslims and the religion of Islam. In hundreds of conversations on the topic, I have listened to questions from Christians, atheists, Hindus, Jews, and agnostics. The most apparent conclusion from years of trying to help people understand one another is that the people that most often “speak for” a religion are not the ones who should be. The result of so many extremists speaking loudly about their religion is that all religions are losing favor.

One of the questions I receive is about the speed of growth of Islam. In response, I discuss the most recent polling data that shows that by the second half of the 21st century, Islam will become the largest religion. I explain that most religions’ birth rates primarily account for their size decline. As Judaism in America will soon lose its spot as the largest non-Christian population to Islam, many people ask me what I think of all the pending changes.

I answer by first pointing out that while Islam will soon overcome Christianity as the largest religion in the world, the issue they should focus on is something else. The faith group that is growing at an alarming rate in comparison to Islam or Christianity is the group of people who want nothing to do with faith. I spend my days thinking about why the faithless are growing so quickly. I come from a long line of New England preachers dating back to the 1800s, and I often talked to my grandfather about this.

Atheism is growing globally for many reasons, some political, some personal, and some we will never know. One thing that people of faith can work to remove from the equation is extremism. When I talk to people who have left religion or never joined one, they often explain that most religions don’t seem to be focused on their core goals. They complain most often about the extreme voices inside religions that spend most of their energy condemning others, even killing others, instead of helping others.

You don’t have to look very far in the modern world to find extremists in any religion. There are so-called Christians who tout racial supremacy, use violence to gain political power and demand that women be subservient babymakers who stay in the home. There are also Muslim, Buddhist, Hindu, and Jewish sects and persons who do very similar things. At this moment, the Haqqani-Taliban regime has taken control of Afghanistan and instituted the most extreme misogynistic laws in the world. They are killing women who do not follow their rules.

When most religious leaders and laymen are confronted with the issue of extremists in their religion, they quickly try to pivot and point out even worse behavior in other religions or sects—that is not a solution. Today, twenty million women in Afghanistan are asking the Muslim world to denounce the regime destroying their lives and to stop the injustice. Yet no Muslim leader is stepping forward to stop the insanity. That is just one example of the cowardice that is destroying religion.

Every time religious believers fail to stop and silence the extremists in their religion, atheism grows. It is that simple. Young people don’t want to join a religion that claims to stand for forgiveness and justice if all they hear and see are calls for revenge, violence, and injustice. As a religion teacher, I have studied the teachings of many faiths. I know that forgiveness and being helpful to your fellow man are key parts of most religions. The failure of other religious leaders to step up and stamp out violence and hatred in the name of religion might be the worst sin of all.

Right now, I do not see any remedy to this problem on the horizon. Religious groups spend a lot of money holding global interfaith and internal events that condemn violence and hatred. However, they are only being listened to by the other folks at the conferences. Religious leaders can make the most difference at the ground level in churches, mosques, Rotary and Kiwanis clubs, schools, and even living rooms. But no one funds the efforts of people at the grassroots level that are helping people unlearn the hatred they have for other religions.

I wish I could wave a magic wand that would stop the decline of religion and refocus religious groups on helping others and being a force of good that stamps out the evil voices. But no one can do that. This won’t resolve itself unless religious people demand that those who are tearing down their religion stop. So please don’t ask me what I think about the growing atheism movement or Islamic religion. Do something to improve the religion you are in, instead of demanding other religions straighten themselves out. Do not blame atheism or other religions for the decline in your house of worship; blame yourself.

Jason Criss Howk is an interfaith leader who helps people understand Islam and Muslim cultures. He is a professor of Islamic Studies at the US Air Force Special Operations School and is the author of The Qur’an: A Chronological Modern English Interpretation. His award-winning Quran has been studied by Islamic and Quranic scholars from Duke to Johns Hopkins, and Iran to Indonesia. Jason is a retired US Army officer and spent half of his uniformed service as a South Asia and Arab regional specialist. He holds an MA in South Asia and Middle East studies from NPS and is a Malone Fellow in Arab and Islamic studies.