Why the World Should Fear Iran's Missiles (Especially Israel and America) 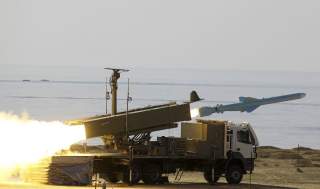 It is too early to speculate about the impact the 2016 election in the United States will have on the future of Iran’s missile program. President-elect Donald Trump had harshly criticized the JCPOA, but also indicated that he would not “tear it up.” Of course, the United States cannot unilaterally abrogate a multinational accord, but there are ways to tighten it. Most senior appointees in his administration, inducing incoming National Security Adviser Michael Flynn; CIA director nominee Michael Pompeo; and John Bolton, a possible pick for Deputy Secretary of State, are bitter critics of the deal. There is little doubt that individually and collectively they would try to change the American terms of the accord. Israeli prime minister Benjamin Netanyahu has already signaled his plans to suggest ways in which Trump can nix the accord altogether.

The Republican-dominated Congress presents even more of a challenge to the JCPOA. No Republicans voted in favor of the accord and it was only the threat of a presidential veto that made its passage possible. The pro-Israel lobby that led the fight against the JCPOA in 2015 has already mobilized for a new round of actions. In July 2016, Mark Dubowitz, the executive director of the Foundation for the Defense of Democracies, the think tank that led the anti-JCPOA fight, testified before Congress on the need for wide-ranging sanctions against Iran. Drafted by the FDD’s Center on Sanctions and Illicit Finances, the proposal called to sanction the regime for human rights violations and terrorism financing, and expand sanctions against the Revolutionary Guards, among others.

In December 2016, Congress passed a ten-year extension to the Iran Sanctions Act. A new initiative known as the “Iran Ballistic Sanctions Act” is also in the works. The new legislation would “impose tough primary and secondary sanctions against any sector of the economy of Iran or any Iranian person that supports Iran’s ballistic missile program, as well as any foreign person or financial institution that engages in associated transactions or trade.” The proposed bill makes no distinction between short- and medium-range missiles and long-range and intercontinental ones.

There are certainly valid concerns about Iran’s long-range missiles, since the cost-benefit analysis does not justify mounting conventional payloads. However, sanctioning the entire missile program violates Iran’s right to self-defense, especially since it faces adversaries armed with cutting-edge ballistic hardware operating under an American umbrella. Clarifying and tightening Resolution 2231 would be a good place to start. Blanketing Iran with new sanctions, on the other hand, may achieve the opposite. Having created political momentum based on economic relief, President Rouhani is facing a tough bid for re-election in 2017. His hardline opponents have already announced that they will make “vanishing” economic benefits a major issue in the campaign. These hard-liners have all but promised to abrogate the JCPOA, a development that may further destabilize the Middle East.

Dr. Farhad Rezaei is a research fellow at Center for Iranian Studies (IRAM) in Ankara, Turkey. He is the author of Iran’s Nuclear Program: A Study in Nuclear Proliferation and Rollback (New York: Palgrave Macmillan, 2016). He tweets at @Farhadrezaeii. This first appeared several years ago.