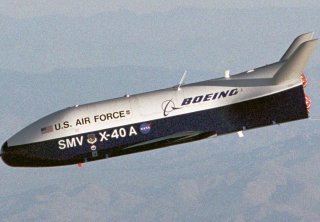 The National Interest was able to get some insight into just how significant the X-40A was in the development of the X-37B from Darold B. Cummings, founder and president of ForzAero. Mr. Cummings holds thirty-six patents in a variety of fields. He worked in the design, analysis, fabrication and testing of air vehicles during his lengthy career.

One key point about the X-40A that Mr. Cummings would like to set straight is a longstanding myth that the unpiloted X-40, which was, in fact, built to 85% scale of the X-37 to test aerodynamics and navigation systems, utilized a drag or drogue chute.