Why Xfinity, Fios and Dish Network are Destined to Die 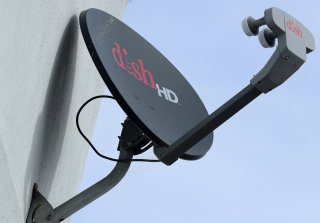 For anyone who thought that traditional cable and satellite TV would see an uptick in subscribers any time soon is just dead wrong.

In fact, companies like DirecTV and Dish should worry more about holding onto their current (most likely dissatisfied) customers. Just a couple of weeks ago, when many Americans were hunkering down in their respective homes because of the novel coronavirus, AT&T’s DirecTV went dark for a spell across the nation.

Especially for a company whose lifeline is hanging by a thread, this is obviously not good news. So, right now in the TV and film world, where is most of the attention coming from? Unless you’ve been in a doomsday bunker for the past few weeks, you can’t escape all the media attention and fanfare that the docuseries Tiger King is getting.

And is it really any surprise? It’s a Netflix production. Like its other star-studded offerings, a la Stranger Things and the Korean period horror thriller Kingdom, consumers now know that streaming platforms are where to get today’s best and most engaging content.

Since purchasing DirecTV for $49 billion in 2015, the satellite TV provider has been hemorrhaging subscribers – now already down 4 million from the initial headcount of 20 million. The numbers are just as dire for Dish. All told, about 6 million abandoned satellite and cable in 2019, according to Wall Street analyst firm MoffettNathanson.

Not to help matters for this duo, but AT&T has stopped marketing DirecTV altogether, and Dish seems to be more interested in becoming the nation’s fourth wireless carrier (also alleviating antitrust concerns), as it stepped in to save the merger between T-Mobile and Sprint.

From the looks of it, it does seem like traditional cable and satellite TV providers have already thrown in the towel. It’s indeed a new Wild West out there now, in which well-heeled players like Netflix, Hulu, Amazon, Disney, Apple and others are all vying to solidify their respective positions in the streaming world for years to come.

Unless AT&T and Dish all of a sudden fund projects that can turn into Tiger King or even Making a Murderer, how people consume TV and entertainment, in general, has shifted to a point where there is no turning back.

And why would consumers revert to their old habits? It’s too darn convenient now, and could we really imagine our lives without Joe Exotic?