Why You and Everyone Else Loves Game of Thrones 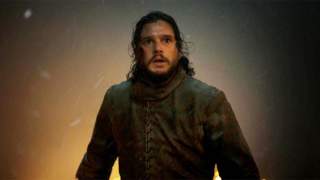 Jon Snow and Ramsay Bolton finally clashed on the most recent Game of Thrones — and it was wonderful. The two illegitimate sons of lords fought over Winterfell during “Battle of the Bastards,” the ninth episode of the sixth season of HBO’s megahit fantasy series.

(This article by Matthew Gault originally appeared at War is Boring in 2016.)

It wasn’t like anything I’ve ever seen on television before. For a start, neither Snow nor Bolton are military geniuses. Bolton is clever but crazy, and Snow is outright incompetent at times. Which is great, because watching two flawed characters command troops is far more interesting than watching brilliant tacticians go through the motions.

This battle was also unique because it did something movies and T.V. almost never do — it focused on tactics and used those tactics to tell the story.

The article ahead is dark and full of SPOILERS.

Movies and T.V. generally shy away from depicting battlefield tactics. Every medieval or ancient epic Hollywood has produced in the past 100 years contains a battle between clashing armies, but they all follow a familiar template.

Opposing armies line up on a flat, desolate plain and stare each other down. The camera pans over the bad guys, then pans over the worried faces of the good guys. The hero rides a horse before his troops and delivers a rousing speech about freedom or whatever.

Then, the hero leads a charge and the two opposing forces rush at each other and collide in an incredible melee. The camera pans back to show the rush and, perhaps, the initial clash before it tightens on the carnage.

If any kind of tactical decision occurs, it’s in the form of a trick that opens the battle and proves how clever a leader is. William Wallace’s men use spears to break an English cavalry attack in Braveheart. Gladiator opens with Maximus leading a surprise charge from a forest. Strategies pay off and tactics aren’t necessary.

That makes sense. Battle scenes are expensive and filming the on-the-fly tactical decisions made during combat might add millions to a production budget. Hell, even Game of Thrones avoids depicting war whenever it can.

A stray mace knocks out Tyrion Lannister before the climatic Riverlands battle in episode nine of season one. The battle between Stannis Baratheon and the Boltons that closes season five happens largely off-camera. Season two’s “Blackwater” does a good job of talking tactics, but our point-of-view character Tyrion again loses consciousness and sits out large portions of the attack.

“Battle of the Bastards” is different. It shows the entire battle from beginning to bloody end and avoids most — yet not all — of the cliches that plague medieval battle scenes in movies and film.

Neither Snow nor Bolton gives a rousing speech to his men. And this time, it’s the bad guy who’s got a clever opening move. Both commanders make decisions that get their men killed and needlessly prolong the fight. The camera pulls wide and adopts a bird’s-eye perspective to show the audience the slaughter and emphasize the consequences of Snow and Bolton’s mistakes.

Snow’s mistakes begin before the fighting even starts.

Bolton opens the battle with a cruel gesture meant to shatter Snow’s resolve — he executes his rival’s little brother Rickon. Snow loses his cool and rushes to meet Bolton’s cavalry alone and on foot. This forces his second-in-command — Davos Seaworth — to send in Snow’s cavalry, lest they lose their hothead commander.

As the wildling infantry and Bolton’s own forces clash around Snow, we see Ramsay’s first mistake — and how clever tactics can change the tide of battle.

Both armies include bowmen and, as the forces clash in the middle of the field, Bolton presses his troops to fire arrows into the melee, cutting down soldiers on both sides.

Seaworth, realizing that volleys would just cut down his own soldiers, orders his troops to hold fast before finally having them abandon their bows and join the close-in fight. Seaworth and Snow planned to deploy archers in order to thin Bolton’s numbers, but Seaworth changes tactics mid-battle because Snow’s lone charge shot the old plan to Hell.

The corpses on the Bolton side of the line pile up. I’ve never see so many dead bodies on a T.V. show before. Piles of the dead are one of those uncinematic aspects of battle that Hollywood often leaves out.

But these things happen.

English forces at the Battle of Agincourt created charnel mounds of French soldiers who marched through mud, got stuck, died and became impassible terrain.

“For when some of them, killed when battle was first joined, all at the front, so great was the undisciplined violence and pressure of the mass of men behind that the living fell on top of the dead, and others falling on top of the living were killed as well,” an anonymous British witness explained in Gesta Henrici Quinti.

“Such a great heap grew of the slain and those lying crushed in between that our men climbed up those heaps which had risen above a man’s height, and butcher their enemies down below.”

Eyewitnesses to the Battle of Dupplin Moor during the Second Scottish War of Independence described similar scenes of carnage and mountains of the dead. I doubt Bolton wanted to create a wall of the dead with which to trap his enemies, but it is the kind of sick happenstance he’d take advantage of. Which he does.

Historians dispute the mounds of dead on medieval battlefields, but it’s clear the Battle of Agincourt inspired “Battle of the Bastards.” We know because Games of Thrones’ creators told Entertainment Weekly as much.

“Initially we based BOB on the battle of Agincourt which took place between the French and English in 1415,” episode director Miguel Sapochnik said. “But as needs changed, as did budgets, it became more like the battle of Cannae between the Romans and Hannibal in 216 B.C.”

It’s in the final moments that “Battle of the Bastard” lives up to its Roman inspiration. During the battle of Cannae, the Carthaginian general Hannibal led a small army to victory against a superior Roman force. He did so by luring the Roman infantry into his troops, encircling the Roman hordes then smashing their flanks with cavalry.

Much the same happens in “Battle of the Bastards” — and it’s beautiful. Bolton deploys an emotional tactic to lure Snow and his men into a killing field, creates a wall of the dead by slaughtering his own troops, then moves a fresh round of troops in a kind of phalanx formation to surround Snow’s rear and stab the enemy to death.

It’s awful — and the kind of brutal battlefield tactic a creature such as Bolton would employ. Snow, more an inspiration to his men than an actual tactician, leads his troops right into the trap. If not for the sudden appearance of Stark, her protector Petyr Baelish and his Knights of the Vale, Bolton’s cruelty would have felled Snow’s tempestuous ignorance.

That’s what was so great about “Battle of the Bastards.” Game of Thrones not only depicted battlefield tactics, but made sure the tactics reflected the opposing armies’ respective leaders. Seaworth was slow, cautious and calculating. Ramsay was cunning, cruel and arrogant. Snow answered an emotional impulse without thinking of the bigger picture. Baelish attacks only when he knows he’ll win.

It made for satisfying television. Good guys fought bad guys, characters died and the Starks took possession of their ancestral home. But more than that, HBO delivered a killer episode that broke the mold and redefined how to film medieval battles.