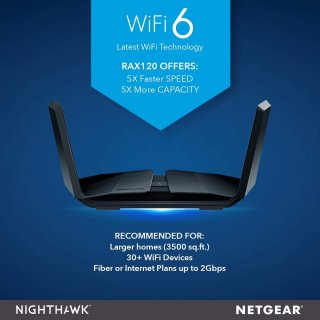 With the next-generation version of Wi-Fi called 802.11ax, or Wi-Fi 6, finally here, you might be asking yourself, “What exactly is the difference between that and Wi-Fi 5?”

Well, there are some notable improvements that include the ability to send information to multiple devices at once with a single transmission and better energy management for battery-powered devices like laptops and smartphones.

These are indeed pretty cool perks, but the fact of the matter is that there is a dearth of compatible devices – other than the iPhone 11 and Galaxy S10 and later models – that can take advantage of all of Wi-Fi 6’s benefits.

However, the compatibility issue will likely be solved in the near future as more new smartphone models hit the market. And these new phones and other devices like laptops and tablets can start enjoying noticeably faster data transfer speeds.

In fact, if you’re using a Wi-Fi router with only a single device, the maximum potential speeds should reach 40 percent higher with Wi-Fi 6 compared to Wi-Fi 5. Now we’re definitely talking.

Wi-Fi 6 is able to accomplish this via more efficient data encoding, which results in higher throughput. In short, the chips that encode and decode these data signals only continue to get more powerful and efficient and can handle the extra work.

Another improvement on the horizon might surprise some people, but it has to do with better energy management. The new Target Wake Time feature should in the long run improve the battery life of your smartphone, laptop and other Wi-Fi-enabled devices.

This cool tech is accomplished by telling the particular device exactly when to put its Wi-Fi radio to sleep, and exactly when to wake it up to receive the next transmission. As the Wi-Fi can be in sleep mode for longer periods of time, this will naturally help you conserve your precious battery power.

Finally, Wi-Fi 6 will bring about better performance in crowded areas, such as airports, malls and stadiums. If a vast majority of people in those places is connected to Wi-Fi, you’ll obviously have slower connection speeds.

To combat this issue, Wi-Fi 6 has integrated new advanced technologies that will improve each user’s average speed by at least four times in such congested areas. In addition, this would be a great blessing for families who have many children who use Wi-Fi-enabled devices at home.