Will 2020 Include Millions Dead From War (With North Korea)? 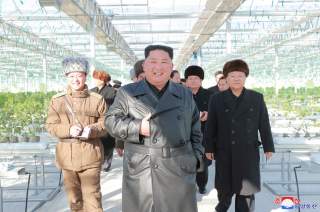 Key point: A nuclear attack wouldn't just leave the Korean pensinula devastated, but have long lasting affects across the world.

North Korea is the most difficult of targets for the U.S. intelligence community to unearth. Intelligence collection and analysis is an incredibly time-consuming and dangerous business, where it often takes months and maybe even years of patient rapport-building (and in some cases, blackmail) to recruit an agent or flip an adversary. The Central Intelligence Agency, the National Security Agency, and the Office of the Director of National Intelligence don’t have that luxury with North Korea. What Washington does have is satellite imagery from above and electronic interception, but even former Director of National Intelligence Dan Coats confessed to the Senate Intelligence Committee in the past that “using that as an access to collection is—we get very limited results.”

We do, however, know one thing for certain: in the crazy scenario whereby Kim Jong-un orders his nuclear forces to launch a nuclear-tipped ICBM towards an American city (one, by the way, that would rest on the supposition that Kim is a lunatic who believes Washington would back down after an attack), President Donald Trump wouldn’t hesitate to retaliate with the “fury and fury” of America’s nuclear weapons arsenal.