Will the American Pullout from Iraq Also End in Disaster? 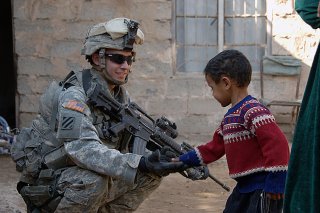 After the fall of Afghanistan, a consensus among Iraqis has emerged that Iraq could follow a similar fate. The government in Baghdad could be best described as the center of arbitration. The country is plagued by corruption and its security forces are fragmented. American departure in Afghanistan has also emboldened Iraqi militias to pressure Baghdad to ask Americans to leave. The last time the Americans left, Iraq almost fell to the Islamic State (ISIS).

Like Afghanistan, Iraq is plagued by corruption and mismanagement. It almost fell to ISIS in 2014 when the group invaded more than a third of the country, including its second-largest city, Mosul. However, there are differences to be noted. A united Iraqi force that is nationally accepted is nonexistent. Iran, a key player in Iraq, also supports a federalized Iraq and it is there to stay. Further, Washington is planning to withdraw only its combat forces that haven’t fought combat operations in years, while continuing to provide assistance to Iraqi security forces.

Nonetheless, this may not be sufficient, as the war against ISIS previously revealed. In 2014, the Iraqi army and Peshmerga forces fled when ISIS swept across Western Iraq. The Iraqi army had both more soldiers and popularity than its Afghan counterpart, and it was equally equipped with the latest weapons and well-trained. Regardless, it collapsed in the face of ISIS’ blitzkrieg, and not only because, similar to Afghanistan, there are many ghost Peshmerga and Iraqi soldiers that exist only on paper.

However, there is no nationally accepted force that has a presence in all of Iraq. Each prominent force is limited to its geography. The Sunnis in the west are fragmented and lack domestic and foreign means to bring all of Iraq under their control. The Kurds are limited to the north and are divided and weakened. The Shiites to the south are the most powerful and united of Iraqi forces. Yet, Iraq’s Shiites are generally pro-Iranian, and Iran is opposed to any single group attempting to dominate the entire country. Tehran has allies among the Shiites, Kurds, and Sunnis, the three main groups in the country. Thus, American withdrawal from Iraq will not leave a vacuum behind.

Iran fears that a strong Iraq, encouraged by Israel and the rich states of the Persian Gulf, could destabilize the Islamic Republic much as it did during the Iran-Iraq War (1980-1988). Baghdad could again become the locus of an anti-Iran coalition if it falls under one dominant organization.

Since 2003, the Islamic Republic has worked for a federal Iraq, an interest that Tehran shares with Washington. Federalism guarantees Kurdish autonomy in the north, the only steadfast American allies left in Iraq. Iran has maintained close ties with Iraqi Kurds to contain its significant Kurdish population. Further, the pullout of U.S. combat forces could convince Tehran that the American presence in Iraq doesn’t pose a threat to Tehran, facilitating an agreement in the negotiations over restoring the 2015 Iran nuclear deal.

Iran has maintained close ties to the Kurds. When ISIS was at the gates of Erbil, it was Iran who saved the city from falling. The Obama administration reserved action while thousands of Yazidis were being enslaved. However, as Erbil became the last stronghold for American forces, pro-Iranian militia began targeting Erbil. Iraqi Kurdistan’s close ties to Washington has led Iran to produce a short movie showing a weak Masoud Barzani, the leader of the Kurdistan Democratic Party (KDP) and former president of Iraqi Kurdistan, imploring Qassem Soleimani, the major general who led Iran’s Islamic Revolutionary Guards Corps before his assassination, for help when ISIS was besieging Erbil. The movie also features some Iraqi commanders that came with Soleimani to save Erbil.

The Iraqi Popular Mobilization Forces (PMF) have frequently targeted Erbil for hosting American forces. After Iraqi Kurdistan’s 2017 independence referendum, the PMF attacked the region and invaded Kirkuk, the Kurdish-controlled oil-rich city that subsidized the government in Erbil. Without Kirkuk’s oil, Kurdish independence became unsustainable—an outcome Iran prefers since it wants to suppress its own Kurdish population. Therefore, in the face of the U.S. withdrawal, Iran might step in and save the region by balancing between its allies. When Washington left Afghanistan and scheduled a drawback in Iraq, Tehran and Erbil began restoring their relations.

Recently, the Kurdish flag was raised alongside the Iranian flag when Tehran received Nechirvan Barzani, the president of Iraqi Kurdistan at the inauguration of Iran’s new president. The flag enraged Iraqi authorities in Baghdad. The Iranian Ministry of Foreign Affairs called the decision a protocol “mistake,” though this announcement it was clearly intended to cajole Iran’s allies in Iraq. The Kurdish flag is only known to few people, and it isn’t available everywhere, implying that Iran’s foreign ministry purchased the flag on special order. Besides, Iran is the only state in the world to recognize the Kurdish government in Iraq. Due to their proximity, Iraq’s Kurds have traditionally maintained relations with Turkey, and Ankara has built more than fifty military outposts on the Iraqi-Turkish border. Turkey has used these stations to fight the Kurdistan Workers' Party (PKK) but the outposts have become a security concern for the Kurds.

Turkey has significant political investments in Iraqi Kurdistan and maintains close relations with the region’s ruling parties. Yet Ankara is unhappy with a Kurdish polity on its southern borders. Ankara prefers a united, strong Iraq that could force the PKK out of its territory and precipitate the collapse of both Rojava and Iraqi Kurdistan. The U.S. pullout could expedite this.

The effects of the U.S. withdrawal from Iraq could be minuscule, as it involves only combat forces rather than the total presence. The United States helped defeat ISIS mainly through air power and logistical support, revealing that U.S. military supremacy is in the air and not on the ground. Thus, through its air power and allies on the ground, Washington could stop the advance of any belligerent force.

When in 2012 the U.S. military withdrew from the country, it resulted in the rise of extremist groups and a partial collapse. Later, the U.S military involuntarily returned to Iraq. Washington has maintained a significant military presence in Japan and Germany since the Second World War for these states’ protection, even though both countries have become robust democracies that are capable of protecting themselves. The United States has about 2,500 soldiers in Iraq while it maintains more than 50,000 troops in Japan. At a minimal cost, the United States could prevent long-term problems and avoid having to return to Iraq in the future.

Iraq lacks a national army, and its power is dispersed among various tribes, armed groups, and political parties. Corruption is rampant and basic needs are lacking in many parts of the country, and Iraqis have lost any faith in their authorities. At some point, Iraqis might prefer an extremist group over a corrupt one that cannot deliver any needs. A long-term U.S. military presence in Iraq might prevent a fiasco.

Farhang Faraydoon Namdar is a researcher and journalist covering the Middle East. His work has been published in various printed publications and has been featured on TV and translated into other languages. Follow him on Twitter @farhangnamdar.