Will America's Unemployment Insurance System Survive The Next Recession? 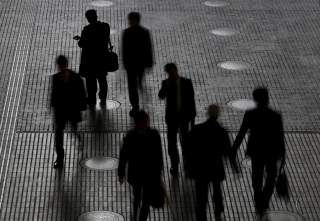 The nation’s unemployment insurance system (or UI for short) is a study in contrasts. In good times, it is generally ignored, as need and benefit payments fall. But in tough times, it is in the policy and political spotlight, as rising numbers of laid off workers depend on its benefits while searching for new work in a difficult job market. With fears rising that the coronavirus might seriously disrupt the US economy, congressional Democrats have proposed steps to expand UI benefits, and a number of states have started to alter eligibility rules.

But that begs a more basic question — is the current UI system prepared to weather the next recession? While the severity of the pandemic-induced slowdown and any expansions in benefits policymakers enact will obviously matter, the answer in most states today is yes.

To answer this question, let’s first review how UI is financed. Two levels of payroll taxes support the UI system: state taxes that support the cost of regular benefits, and federal taxes that cover the cost of program administration and extended benefits available to people who exhaust regular benefits during recessions. Regular UI checks currently average about $370 per week nationwide and are typically payable for up to 26 weeks (although some states have elected shorter durations in recent years).

When the labor market is strong, revenues exceed benefit obligations and the difference builds up in trust funds that support higher benefit and administration costs when unemployment rises.

Figure 1 shows this dynamic at work in the long recovery from the Great Recession of 2007-09. State trust fund balances fell sharply as states paid rapidly rising UI benefit claims during and immediately after the recession, plunging to negative balances (reflective of large federal loans to states) in 2009-12. But with each passing year, aggregate balances have grown, reaching $75.7 billion at the end of 2019. That is nearly 40 percent greater than the last pre-recession peak in 2007.

The UI system has a technical measure for whether states are financially prepared to weather downturns. Called the average high-cost multiple (AHCM), it calculates whether a state’s trust fund is sufficient to manage increased costs expected during a serious recession. Reflecting the ratio of current trust fund reserves to the average of the three largest annual outlays in the past 20 years (thus including the record high-cost years following the Great Recession), the AHCM denotes the length of time a state could pay benefits in a serious downturn before needing to borrow from the federal government.

Experts recommend states maintain an AHCM of 1.00 — in effect, that they can withstand a serious recession for at least one year. While the AHCM across the US hasn’t reached that level in recent decades (it came closest from 1995-2001), as shown in Figure 2 the US AHCM was 0.74 in 2018. That’s the highest level since 2001, and a significant improvement over recent years.

That national average is even more encouraging when you consider that California — home to almost nine percent of the US labor force — lags far behind, dragging down the national average. California’s AHCM was a very low 0.15 for 2018 and remained just 0.21 at the end of 2019. Other large states like New York and Texas also have low AHCMs.

But the latest UI solvency report prepared by the Department of Labor also notes that, as of December 2019, 31 states had an AHCM of at least 1.0, including hard-hit Washington state; 13 of them were above 1.5. That’s a solid financial foundation in those states if UI claims rise in the coming weeks and months due to coronavirus-related disruptions.

This improving state trust fund solvency shows that the long economic expansion and other factors have helped the UI system be better prepared for the next recession. That’s good news for today’s workers who may need the system’s benefits due to layoffs driven by the coronavirus, or any other cause.

This article by Matt Weidinger first appeared at the American Enterprise Institute.