Will China Have Global Naval Dominance by 2030? 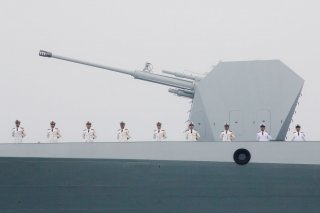