Will China Invade Taiwan Before the Communist Party Approaches its 100th Anniversary? 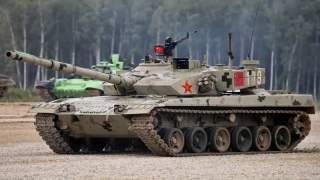 On September 1, 1939, the German army launched an invasion of Poland that triggered the start of World War II. The battle for Poland only lasted about a month before a Nazi victory. But the invasion plunged the world into a war that would continue for almost six years and claim the lives of tens of millions of people. Today, eighty years later, will China invade Taiwan?

Could China really invade Taiwan? No one can know with any certainty how such a war would start, how it would play out, and what would follow it. But it is clear that we need to realize that North Korea is not the only threat to peace in the Indo-Pacific, nor is it the worst. China is planning to invade a democracy at the center of the first island chain, something likely to spark World War III.

After the recent election for Taiwan’s leadership and the unrest in Hong Kong, the consensus in Beijing has greatly shifted. They believe that a military occupation is the only possible way to go. And they are preparing for it. To coerce Taiwan, there are a variety of different options, ranging from purely symbolic types of demonstrations of force to a much more coercive type of punishing campaign. The higher end coercive scenarios would basically depend on the ability of the Chinese military to seize air and sea control in the air and waters around Taiwan.

China is improving and increasing its options for a possible invasion of Taiwan, with sailing its new aircraft carrier Shandong through the Taiwan Strait and also launched an additional Type 055 destroyer and a Type 052D destroyer before the end of 2019, a move experts say is an ambitious achievement in building its naval muscle. Washington is increasingly concerned that China’s growing military might could embolden it to launch a full-out invasion on Taiwan, as Chinese President Xi Jinping is losing patience and could order the invasion of Taiwan in the early 2020s.

For decades, the leaders of the Chinese Communist Party (CCP) have declared that China’s great national rejuvenation must be accomplished sooner. Beijing would prefer to accomplish this through the free assent of the Taiwanese people. If they do not give it, the party leadership has made clear that it is willing to decide the matter with military force. Over the past year, China has ramped up military drills around Taiwan, sparking fears of an imminent hostile takeover.

Could China seize Taiwan militarily? Taiwan’s leadership certainly isn’t taking its chances, but it’s increasingly likely. Perhaps not everyone sees it, but the Taiwan Strait is increasingly veering towards the edge. For many, an invasion of Taiwan seems inconceivable, but the events of the last few years have been nothing short of extraordinary. Unfortunately, anything can happen now. An audacious act would not be out of character for Xi.

Renowned Project 2049 research fellow, Ian Easton, makes it clear in an article that China will one day invade Taiwan. In the past, China has demonstrated a willingness to apply military pressure on Taiwan. China’s ongoing military modernization has greatly enhanced the PLA’s capabilities. In 1996, China fired missiles, bracketing the island of Taiwan, to coerce its government to abandon what Beijing judged to be a pro-independence movement.

Subsequently, China has been producing and adding into their forces a number of modern weapons systems and the cumulative effect of new weapons systems has had quite a significant impact. They have the ability to punish Taiwan using missile strikes and air strikes in a way that would inflict a lot of damage.

The threat against Taiwan is very real. Isaac Stone Fish, a journalist and senior fellow at the Asia Society's Center on U.S.-China Relations, mentioned that a war in North Korea would be devastating. But war in Taiwan could be even worse, and more likely. So what could Taiwan do to ward off a PLA invasion? Since the force disparity between the two sides has simply become too wide and the Taiwanese military cannot hope to defeat the PLA in a conventional battlefield, its best defense is to ensure that China does not launch such an aggression in the first place.

According to Michael Peck, now PLA appears to be adopting a strategy approach that can be described as seeking victory by incapacitating Taiwan’s defense. Rather than emphasizing firepower and decisive battles between mass armies, Beijing will attempt to paralyze Taiwan’s ability to wage war through precise attacks across the land, sea, air, cyber and psychological spheres. And Lyle Goldstein further pointed out recently that China is practicing an amphibious invasion of Taiwan and the threat against Taiwan is very real.

Does China have the military capability to invade Taiwan? My conclusions suggest strongly, however, that it has. In light of this reality, everyone needs to be concerned about what Xi does next. And what would happen if China invaded Taiwan? To be very sure, hundreds of thousands of people will die definitely, despite most are very faithful that the United States can and will protect Taiwan, I doubt Washington will escalate the Straits crisis to a general war, if so, a larger scale of war may come to the world.

The world's most powerful countries are moving around Taiwan shortly, and it looks as though Xi has decided to annex Taiwan when the CCP will approach its 100th anniversary in 2021 and the Taiwan Strait is becoming more combustible than ever as Taiwan is becoming the most likely flashpoint of World War III.