Will China's Growing Spy Drones Cause Problems for the Navy? 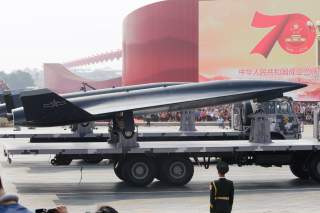 Key point: Beijing's made many advances, but it still has to develop the personnel it needs to make full use of its drones.

David Axe serves as Defense Editor of the National Interest. He is the author of the graphic novels War Fix, War Is Boring and Machete Squad. This first appeared in September 2019.