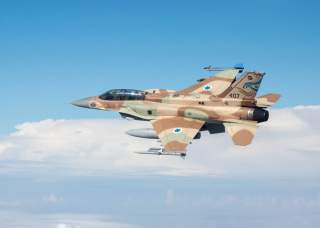 Noteworthy as we have already reported, Croatia has recently bought 12 surplus IAF F-16C/Ds.

The offer which includes airframes that are held in storage and/or are soon to be retired, is aimed to fulfil a Colombian Air Force (FAC, Fuerza Aérea Colombiana) requirement for between 12 and 18 advanced combat aircraft to replace current IAI Kfirs.

Both companies will refurbish the jets with new structural components and upgrade them to near Block 50 standard.

Noteworthy as we have already reported, Croatia has recently bought 12 surplus IAF F-16C/Ds.

Croatia was looking for a new fighter aircraft to replace its MiG-21 fleet.

Initially, F-16A/Bs were proposed but then Israel decided to offer C/D models that are deemed surplus with the arrival of the F-35I.

Flight Fleets Analyzer records the Israeli air force as currently operating 78 single-seat F-16Cs and 48 D-model trainers. In 2014, a fleet-wide “Barak 2020” upgrade was completed, with the activity having included structural treatments, replacement head-up displays and the provision of a new digital debriefing system.

Modernisation work was performed at the squadron level, under the supervision of the air force’s main technical unit number 22, its central maintenance depot.

To support the potential export of surplus F-16A/Bs, Elbit Systems and IAI have previously designed an upgrade package for the retired “Netz” fleet.