Will Coronavirus Help the U.S. Economy? 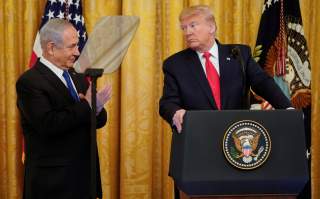 Over the past three years, a fundamental problem with the Trump administration’s economic policy approach has been its insularity. Rather than seeing the US economy as being integrally interconnected with and influenced by the global economy, the administration has chosen to run US economic policy with little regard as to the impact that it might have on the rest of the world. It has also paid little attention to the potential spillovers that might result from economic troubles abroad to our economy and our financial markets.

Judging by Secretary of Commerce Wilbur Ross’s recent statement that the coronavirus will prove to be beneficial to the US economy, one should not expect the insularity of US economic policy to change anytime soon. This could prove very costly to both the US and global economies.

In Ross’s worldview, the current coronavirus scare, coupled with the earlier SARS and Chinese swine flu episodes, will cause US companies to re-evaluate their decisions to have China continuing to play a crucial part in their global supply chains. That will cause US companies to relocate their investment away from China and towards the United States. That in turn will be a boon to US wages and employment.

It seems to have escaped Ross’s notice that China is now the world’s second largest economy and as such it is a crucial player in the global economy. Over the past decade, China has been the main engine of global economic growth and the world’s largest international commodity consumer. Any further slowing in the Chinese economy risks having major spillover effects to the rest of the Asian region, to major exporters to China like Germany and Japan, and to the commodity-producing emerging market economies.

With global equity valuations already very stretched and with widespread global credit risk mispricing, Ross also seems to be underestimating how a further world economic slowdown could roil both US and international financial markets. He also seems to be overlooking how damaging Chinese supply disruptions could be for the bottom line of US companies like Apple that have major Chinese production facilities and major earnings from China.

Yet another flaw in Ross’s thinking is that while there very well might be a reallocation of US investment away from China, that reallocation need not necessarily be to a high labor cost country like the United States. Indeed, in response to the US-China trade war, US investment has already started moving away from China and towards low wage cost countries like Vietnam and Thailand.

There is every reason to believe that a coronavirus blow to the Chinese economy now would only compound the global economy’s present woes. Contrary to Ross’s view, that would hardly be a boon to the US economy.

This article first appeared at AEI.