Will the DOJ Watchdog Unveil their FISA Surveillance Report? 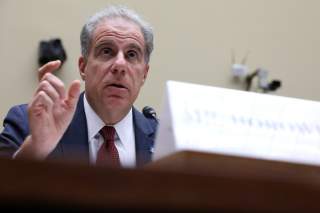 The Justice Department’s inspector general has reportedly started inviting government officials to review a report of an investigation into the FBI’s surveillance activities against a Trump campaign official, the latest signal that the report will be released soon.

Michael Horowitz, the inspector general, has in the past few days invited current and former government officials interviewed the investigation to review portions of the report, according to people familiar with the process, The Associated Press reported Tuesday. The opportunity for review is a routine step in inspector general’s investigations that typically takes place just prior to publication of the report.

Horowitz has scheduled the reviews for this week and next week, the people said, according to the AP.

Republicans have accused the FBI of abusing the FISA system by relying heavily on the unverified and Democratic-funded Steele dossier in applications for the warrants. The special counsel’s report undermined the dossier’s main allegation that the Trump campaign conspired with Russian to influence the 2016 presidential election. Horowitz’s team has been investigating whether the FBI and Justice Department properly disclosed all the information it had about Steele and the dossier.

Horowitz submitted the report to the FBI and Justice Department for a review of classified information. He told lawmakers on Oct. 24 that he expects his report to be “lengthy” and have few redactions.

Republican lawmakers have expressed frustration at how long it has taken to release the report. Some lawmakers claimed earlier in 2019 that they expected the report to come out in June. The timeline was extended after Horowitz reportedly interviewed Christopher Steele, the former British spy who wrote the dossier.