Will the Nuclear Posture Review Reveal the Biden Doctrine? 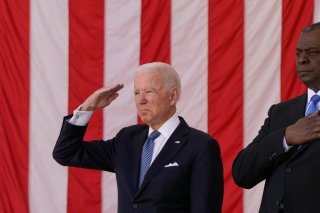 The Nuclear Posture Review (NPR) is of particular importance this year.

Allies and rivals of the United States are awaiting the release of the NPR with a mix of apprehension, ambivalence, and skepticism. For some, the NPR will not go far enough in providing reassurances. For others, it will be too ambitious in scope. For others still, it will reinforce old biases and deep-seated fears over American hegemony and an inevitable return to a cold war mentality.

In managing expectations across a broad spectrum of stakeholders, the Biden administration should aim to release an NPR grounded in clear-eyed analysis but moderate in tone and posture. It should be guided by what international relations theorists call “defensive realism.” While depicting vividly and without hesitation a world in crisis, the NPR should argue that a return to a classical nuclear deterrence posture is the most effective strategy for the United States.

What Should Biden’s NPR Do?

Provide a narrow and limited role for nuclear deterrence.

The Trump administration’s NPR significantly expanded the potential use of nuclear weapons to deter or to retaliate against “significant non-nuclear strategic attacks” and attacks on “civilian population or infrastructure.” Conversely, Biden has signaled on several occasions his intention to narrow the scope of nuclear weapons within the broader American defense posture.  In 2019, Biden stated that the “sole purpose of the U.S. nuclear arsenal should be deterring—and, if necessary, retaliating against—a nuclear attack.” This narrow, well-defined role for nuclear weapons should be front and center in the NPR document.

U.S. nuclear posture in the twenty-first century should be ultimately inspired by restraint, caution, and intentionality for two reasons. Firstly, the experience of the Trump administration clearly suggests that a more aggressive reliance on nuclear weapons does not necessarily translate into greater geostrategic gains. In both East Asia and Eurasia, solid economic and diplomatic efforts coupled with investments in strategic non-nuclear weapons might be a much more promising approach to containment. Secondly, the pursuit of a more extensive role for nuclear weapons will require greater investments beyond simple nuclear modernization. It might demand—at some point—the resumption of nuclear testing for new classes of nuclear warheads. It will also require the rebuilding of an extensive nuclear infrastructure that the United States has in part dismantled. This will redirect precious resources away from investments in other emerging military technologies that might prove to be more flexible and versatile.

Revoke the introduction of a new category of low-yield nuclear weapons.

The 2018 NPR reflected the Trump administration’s concern that U.S. adversaries could use low-yield nuclear weapons to strike targets, quickly de-escalating the crisis and limiting collateral damage. It, therefore, argued for the introduction of low-yield nuclear weapons to counter any mistaken perception that there exited an exploitable “gap” in U.S. regional deterrence capabilities.

At that time, the proposal to introduce the W76-2 warhead sparked fierce debate among nuclear experts. Doubts over the actual strategic utility of low-yield nuclear weapons as compared to conventional capabilities were coupled with concerns over possible miscalculation and the risk of lowering the threshold for nuclear use. The same debates will reignite today if the Biden administration chooses continuity with Trump’s nuclear posture. Worse, it will have deep repercussions within the democratic camp that supports Biden. A move towards expanding the current U.S. nuclear arsenal will be cast as out-of-touch with the needs of the country and a gross betrayal of the Biden agenda focused on proving that “democracy can work” by maintaining the U.S. technological and innovation edge and investing in infrastructure and welfare programs.

The 2018 NPR cast arms control as a disappointing and burdensome process which often ran counter to American interests. Its call for “verifiable and enforceable” arms control agreements has been read as a means to impede future arms control negotiations. The Biden administration should retain the emphasis on verifiability but frame it as a powerful tool for trust building. An example could be to launch a presidential initiative to enhance verification at nuclear test sites in Nevada, Novaya Zemlya (Russia), and Lop Nur Nuclear Test (China). This tripartite initiative would encourage a return to scientist-to-scientist cooperation and open new avenues for arms-control cooperation in the future.

The Biden administration came to power with the message of making foreign policy work for the middle class. Although laudable, implementing such a policy requires honesty, transparency, and painful political tradeoffs. The current estimated costs for the U.S. nuclear modernization near $1.2 trillion and there are currently no plans to cover such costs. To be credible from this point forward, any Biden administration NPR will have to include some ideas for how to cover these costs, at the very least in general terms. The administration could consider whether a public-private partnership would help the United States achieve its modernization goals. A discussion along this line will lend much more credibility to a plan that may otherwise sound like a great pie in the sky.

Restraint Is Not Weakness

There are at least three reasons why a defensive realist approach would be the most effective for the Biden administration.

First, Biden must reconcile deep-seated ideological divisions within the Democratic Party if he wants his domestic agenda to pass. Under the Biden administration, domestic economic and social considerations drive foreign policy decisions. Hence, a hawkish NPR that runs contrary to the Build Back Better agenda will certainly not be in the administration’s interest.

Second, the United States will benefit from de-escalation and risk reduction. Today, the nuclear arena is a multiplayer game where interdependencies and strategic interaction complicate both perceptions and calculations. The fear among some U.S. allies that they will be dragged into a confrontation with Russia and China is increasing. While signaling a paramount commitment to its allies’ security, the United States needs to simultaneously deter and appease. A more restrained nuclear posture will allow the United States to shift competition with China onto grounds that are more beneficial for the United States, including science and technology.

Dr. Francesca Giovannini is the Executive Director of the Project on Managing the Atom at The John F. Kennedy School of Government’s Belfer Center for Science and International Affairs, Harvard University.