Will Putin’s Blunder in Ukraine Be His Downfall? 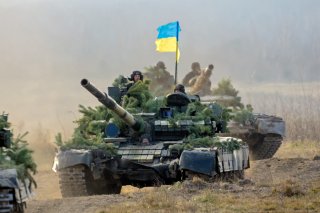 Is the Putin regime entering its terminal stage amid Russia’s repeated setbacks in Ukraine? As the war continues with no end in sight, there has been much speculation about Russian leader Vladimir Putin’s refusal to attend the G20 summit in Bali and his recent decision to dispatch Dmitry Medvedev, the deputy secretary of Russia’s Security Council, to Beijing. Analysts have focused on Putin’s failed military offensive in Ukraine, his fear of Covid-19, and possible health issues related to cancer. Russian historians, however, recognize a more likely scenario behind these developments.

Leaving the Kremlin during times of uncertainty and chaos has been very unhealthy for Russian leaders. Czar Nicholas spent too much time out of Moscow running the army during World War I. He paid for it with his and his family’s lives. Later, Nikita Khrushchev and Mikhail Gorbachev were ousted while on vacation.

Putin knows history, but he also knows when to maximize power. A mid-level KGB officer when the Soviet Union broke up, Putin watched his peers use their KGB connections to amass wealth and power, but also to develop organized crime gangs. Putin did both. Within ten years, he maneuvered from a job at St. Petersburg University into the position of prime minister and President Boris Yeltsin’s anointed heir. Simultaneously, he maintained close contact with Russia’s successor of the KGB, the FSB. In Russia, remaining in power requires playing the armed forces and the KGB/FSB, and organizing them against each other.

With the FSB as his enforcement arm, Putin’s mafia system has earned the name the Lubyanka federation due to the location of the FSB’s headquarters in Lubyanka Square. The rise of the secret police as the governing elite led to the expression “Chekist Renaissance,” which comes from the historical name of the secret police dating all the way back to Lenin.

Putin soon went after Russia’s ultra-wealthy oligarchs. Creating a protection racket, Putin allowed the oligarchs to keep a portion of their wealth and industry by cutting him in. Russian state corruption isn’t just limited to Putin. The FSB’s links with organized crime go back to the rise of the Tambov Group in St. Petersburg in the 1990s. Today, the FSB’s first deputy director, Sergei Korolev, is reported to have ties with Uzbek billionaire Alisher Usmanov and his affiliates. Sources in Moscow suggest that he is also personally connected with the leaders of the Russian mafia.

But behind the veneer of the Chekists’ unity, an all-against-all power struggle has erupted. One glaring example is a lasting stand-off between two powerful FSB generals, Ivan Tkachev and Sergei Alpatov, both of whom serve in the department that deals with economic crimes. Their clashes reveal a widening rift between two FSB factions with rival oligarchic alliances. Alpatov, a member of the “Moscow clan,” has been the acting head of the Economic Security Service (ESS) for more than a year. Tkachev, on the other hand, is thought to be part of the clan of Igor Sechin, Putin’s longtime lieutenant and the CEO of Rosneft, the largest Russian state-owned oil producer.

Alpatov has reportedly maintained ties to some Western-leaning oligarchs who are unhappy with Putin’s leadership ruining their business empires, including the former shareholders of the Yukos oil company, which was expropriated by Putin and Sechin in 2004. Former Yukos CEO Mikhail Khodorkovsky is now challenging the regime from exile and is believed to have allies not just among the Russian business elite and intelligentsia, but even within the FSB. According to some reports, while at the helm of the FSB’s M Directorate, which oversees the Prosecutor General’s Office, the Investigative Committee of Russia, and  Russia’s judges, Alpatov allegedly intervened to slow down the making of a new criminal case against former Yukos management and shareholders.

Corruption is widespread among all of Putin’s subordinates. In just one widely reported case, FSB colonels Kirill Cherkalin and Dmitry Frolov used their authority and connections to embezzle hundreds of millions of dollars from the Russian people. Much of it was done with the knowledge of then-First Deputy Director of the FSB Sergey Smirnov, and his successor, Sergei Korolev, is widely believed to be embroiled in similar schemes.

Today, FSB generals are building a power base for the future, in case the regime collapses.

The rise of armed groups is threatening Russia’s integrity. The powerful Evgeny Prigozhin, the head of the infamous Wagner Group, which deploys its mercenaries to Ukraine and Africa, and Chechen ruler Ramzan Kadyrov, who sent his shock troops to the front line in Ukraine, would be important players in Putin’s succession.

The continued failures in Ukraine are creating fissures within all three of Russia’s power bases, starting with the FSB. The agency could not have gotten intelligence on Ukraine more wrong if it tried. Based on that flawed intelligence, the Russian Army deployed its woefully untrained troops and poorly maintained vehicles into Ukraine—with catastrophic results.

Russian history will remember a brutal president unleashing two even more brutal allies. In trying to set himself up as a modern-day Vladimir the Great, Putin will track more closely with Ivan the Terrible, who left Moscow defeated and broke at his death.

Czar Nicholas fell from power when soldiers walked away from the battlefield and completed the long march home. Russian winters are legendary for having defeated the militaries of Napoleon and Hitler. Ukrainian winters are just as bad. And this time, the Russians are the invaders, dependent on long supply lines, a broken logistics system, and substandard equipment.

Putin’s balance of power, anchored on his Chekist Renaissance, is coming apart.

Colonel Wes Martin has served in multiple joint service commands throughout the world. He liaised with Soviets in the Berlin Brigade and served with Ukrainians in Iraq.