Will Russia and India Build 'Stealth' Submarines Together? 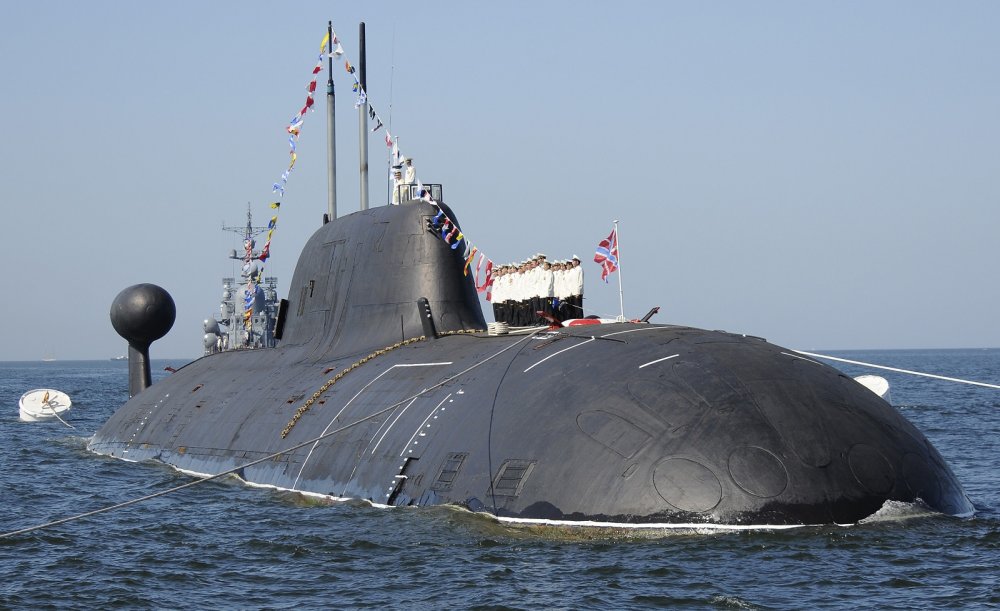 In a bid to undercut its Swedish, French and German competitors, the Kremlin is going beyond a conventional licensing arrangement in favor of a technology transfer scheme: “We are not put forward [an idea of] usual licensed production of submarine, we are proposing to jointly devise a project with our Indian partners and jointly build the first pilot model on the basis of the Amur-1650 diesel-electric submarine project, equipped with an air-independent propulsion system," said Vladimir Drozhzhov, Deputy Director of the Russian Federal Service of Military-Technical Cooperation, in a press statement issued last week. The proposed vessel will be compatible with a submarine-launched variant of the BrahMos supersonic cruise missile, which was itself jointly produced by Russia and India.

Russia’s proposal was fashioned in the spirit of the MoD’s January 2019 procurement plan-- a subset of Indian Prime Minister Narendra Modi’s Make In India Initiative-- which calls for six conventional submarines to be produced by India’s indigenous defense industry in collaboration with an Original Equipment Manufacturer (OEM). Drozhzhov added that our "our preliminary proposal is much more favorable than those of other foreign partners,” referring to its emphasis on supporting India’s domestic submarine construction industry. “This project can be successfully implemented in the interests of our countries."

The Amur project is the export variant of Russia’s upcoming Lada class, the diesel-electric successor to the aging, Soviet Kilo attack submarine line. There is, however, a curiously large degree of specifications overlap between the Lada and Kilo. Lada’s core defining feature, if not the sole justification for its existence, is its Air Independent Propulsion (AIP) system, which purportedly generates half the system noise of a diesel-electric powered Kilo submarine, offers 25% lower displacement (vessel weight), and facilitates a significantly smaller crew size.

There is only one problem: the manufacturer, Rubin Central Design Bureau, has been unable to produce a working, AIP-equipped prototype; the first two Lada project submarines, Saint Petersburg and Kronstadt, were both laid down with conventional diesel-electric engines. Drozhzhov’s confirmation that the jointly-produced Amur pilot model will feature an AIP system becomes all the more intriguing in light of Russia’s ongoing Lada troubles, as well as the fact that India’s procurement search guidelines explicitly require designs with AIP systems.

There is little to suggest that Rubin has made meaningful headway in AIP technology over the past year; to the contrary, Russian defense media is reporting that Russia’s AIP development has been delayed into the late 2020’s due to budgetary concerns. Instead, an apparent quid pro quo emerges behind Drozhzhov’s generous technology-transfer offer: Moscow will provide New Delhi with the expertise and technical assistance needed to indigenously produce Amur-class submarines,  in exchange for Indian investment into a jointly-produced AIP system that will then be reappropriated by Russia’s own shipbuilding industry.

At a time when Russia’s naval budget is being stretched thin by a glut of ambitious long-term commitments, including the upcoming Yasen and Borei submarines, sharing AIP development costs with India could provide Rubin with the resource spurt it needs to get the moribound Lada project back on track.