Will the Russo-Ukrainian War Provoke Nuclear Proliferation in Asia? 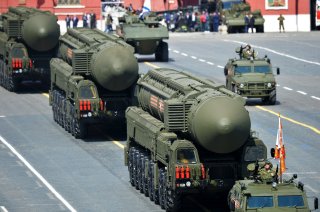 Following Beijing’s announcement that Chinese-Russian relations had “no limits,” China’s backing of Russia’s 2022 invasion of Ukraine has subsequently created an existential threat to Japan, South Korea, and Taiwan. The invasion violated an agreement that exchanged Ukraine’s nuclear weapons for security assurances and undermined U.S. policy and credibility with other nations with similar formal or informal U.S. assurances. As a result, Japan, South Korea, and Taiwan now question the wisdom of relying on U.S. security assurances instead of their own nuclear deterrent.

In Ukraine’s case, Russia and the United States agreed to the 1994 Budapest Memorandum on Security Assurances, which included assurances for Ukraine’s independence in exchange for turning over Soviet nuclear weapons that were left behind in Ukraine when the Soviet Union collapsed in 1991. However, while the memorandum was not a defense treaty that guaranteed U.S. protection or intervention, it was an example of the United States using its post-Cold War soft power and a combination of economic, diplomatic, and military power to negotiate Ukraine’s nuclear disarmament and non-proliferation—just as it had with South Korea and Taiwan.

Having experienced the horrors of a nuclear attack in World War II, Japan gave up on the idea of having nuclear weapons without much convincing. However, the United States has repeatedly stopped South Korea’s and Taiwan’s nuclear weapons programs. Taiwan’s first nuclear program started in 1967 following China’s first atomic test in 1964. At the behest of the United States, Taiwan officially terminated its program in 1976. South Korea, too, acquired plutonium reprocessing equipment following the initial pullout of over 27,000 U.S. personnel in 1971. This effort only stopped after the United States and France refused to deliver the appropriate equipment, and South Korea ratified the Nuclear Non-Proliferation Treaty (NPT) in 1975.

Despite ratifying the NPT, South Korea and Taiwan’s continued national security concerns, including frequent North Korean missile tests and Chinese threats of invasion, pushed both nations to pursue secret programs. Taiwan’s secret program progressed to the point where it needed further miniaturization and a means of delivery, by either missile or plane, until Taipei conceded to U.S. pressure to end the program in 1987. South Korea’s program did not progress very far, but the country can already develop intercontinental ballistic missiles capable of delivering a nuclear warhead to Beijing.

Furthermore, most South Koreans and Taiwanese favor acquiring nuclear weapons, particularly during a crisis. As late as 2017, following the 2017 North Korea crisis, most South Koreans supported building nuclear weapons and remained open to the possibility of requesting the return of U.S. tactical nuclear weapons to South Korea. During the 1996 Third Taiwan Strait crisis, Taiwan’s president briefly proposed the reactivation of Taiwan’s nuclear program before the United States intervened with the deployment of U.S. naval forces to the Taiwan Strait.

Whether South Korea or Taiwan renew their respective nuclear ambitions, both countries are already responding to Russia’s invasion. Days after Russia’s invasion, South Koreans elected Yoon Suk-yeol as president, a conservative candidate advocating closer ties with the United States to hedge against China. Now weeks into the invasion, Taiwan is studying the war to adjust its defensive approach against a Chinese attack. Even former Japanese prime minister Shinzo Abe commented on the need for the United States to deploy tactical nuclear weapons to Japan, citing similar deployments to NATO countries as justification.

While the United States labors to rally international support to oppose Russia’s invasion, it is unlikely that China will help reassure South Korea and Taiwan. North Korea continues its nuclear weapons and long-range missile programs, and the Chinese Communist Party threatens to invade Taiwan. However, by backing Russia’s invasion with public statements and refusing to financially sanction Russia, China has created a new existential crisis that undermines U.S. security assurances to South Korea and Taiwan in exchange for non-proliferation. This recent crisis has already resuscitated arguments for Taiwan, in particular, to acquire nuclear weapons. Now, the United States will have to reevaluate how it will maintain its security interests in the Indo-Pacific.

Andy Cichon is a retired United States Naval Officer, who has served in various ships and staffs, including as Air Warfare Project Manager at the Royal Australian Navy’s Australian Maritime Warfare Centre, and in the Chief of Naval Operations’ staff for the U.S. Navy’s international engagement with Australia, China, Taiwan, South Korea, and Vietnam. He works for SAIC as a civilian war gamer at the U.S Navy’s Tactical Training Group Pacific. His views are his own.