Will the Tenuous Kyrgyzstan-Tajikistan Ceasefire Hold? 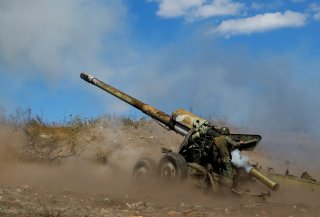 The death toll from the Tajik-Kyrgyz border skirmishes has reached 100, according to officials.

The two former Soviet states clashed last week in an armed border dispute reportedly involving the use of tanks, artillery, and military drones. Both countries have blamed one another for the eruption of hostilities. "The Kyrgyz foreign ministry thinks it important to state that it considers the September 14-17, 2022 developments on its sovereign territory as Tajikistan’s [premeditated] armed act of aggression against our state," Kyrgyzstan’s Foreign Ministry said in a statement.

Tajik security officials have accused the Kyrgyz military of attacking a border station in Tajikistan. "At approximately 04:50 [local time, 02:50 Moscow time] on September 16, servicemen of Kyrgyzstan’s Koktosh border post of the Batkent border guard unit used heavy weaponry to attack the ‘Dushanbe’ border post of the Republic of Tajikistan’s Isfara border unit, in breach of existing agreements," the Tajik State Committee for National Security said in a statement, according to Russian state news outlet TASS.

Tajikistan and Kyrgyzstan signed a ceasefire last Friday after several days of intense fighting. Though the agreement has reportedly held up to some degree, both sides continue to trade accusations over alleged shelling attacks.

Kyrgyz president Sadyr Japarov called for calm on Monday during a televised address, saying that Kyrgyz troops have the situation under control. "Another point I would like to mention: I urge calm among the men and youths who are willing to go to Batken. ... We have courageous warriors and enough forces to repel those who violate our borders," he said. Kyrgyz authorities announced that same day that they negotiated the release of four border guards captured by the Tajik military, Reuters reported.

Russian president Vladimir Putin spoke with his Tajik and Kyrgyz counterparts by telephone on Sunday. Putin “called on the parties to prevent further escalation and take steps to resolve the situation as soon as possible by exclusively peaceful, political and diplomatic means,” read a statement issued by the Kremlin. Both Tajikistan and Kyrgyzstan are members of the Collective Security Treaty Organization (CSTO), a Russian-led military alliance composed of post-Soviet states.

Last week’s clashes were the most severe flare-up in the Tajik-Kyrgyz border dispute since April 2021, when up to fifty people were killed in skirmishes involving the reported use of heavy weaponry. The conflict stems from the continued lack of agreement between Tajik and Kyrgyz leaders on the demarcation of their shared borders.