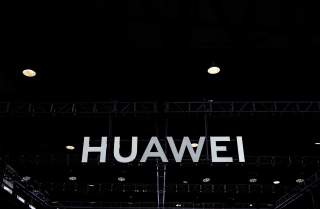 President Donald Trump has reportedly green-lighted special licenses to some U.S. companies so they can do business with Chinese tech giant Huawei, people familiar with the matter told The New York Times.

The licenses will allow U.S. companies to sell nonsensitive products to Huawei, which some suspect is an act of goodwill ahead of talks, the Times reported.

The sign of approval comes before U.S. and Chinese trade officials are set to meet Friday to discuss a potential deal between the two countries amid a tense and ongoing trade war. It also, however, comes after the Commerce Department added 28 Chinese firms to a trade blacklist on Oct. 8 for being implicated in the abuse of China’s Muslim minorities.

“Big day of negotiations with China. They want to make a deal, but do I? I meet with the Vice Premier tomorrow at The White House,” the president tweeted on Thursday.

Big day of negotiations with China. They want to make a deal, but do I? I meet with the Vice Premier tomorrow at The White House.

Huawei founder Ren Zhengfei said in an interview with Forbes CEO Alan Murray published on Sept. 19 that the “longer this process drags on, the more harm it will cause to the U.S.”

“We are still waiting for the U.S. Department of Commerce to approve requests from U.S. companies, allowing them to continue supplying us,” he added.

“The longer this process drags on, the more harm it will cause to the U.S. … [American] tech companies need a global market. If the U.S. heads towards decoupling its tech from the rest of the world and creating a digital divide, that would be a blow to its leading companies,” Ren continued.

#Huawei Founder and CEO #RenZhengfei says he’s willing to license Huawei’s technology to a U.S. company, but which one? Read his answer to that question in this transcript of his interview with @FortuneMagazine: https://t.co/0x4bxK10JA #HuaweiFacts

Ren also said in the interview that Trump has done Huawei a favor because he “pushed Huawei to change,” but the Chinese tech giant founder also insisted that Huawei doesn’t “need US components at all in our 5G and core networks, which are what the U.S. is most concerned about.”

“It will only affect our consumer product ecosystem, but we believe that impact can be mitigated within the next two to three years,” he added.

Trump blacklisted Huawei in May citing national security concerns after the Department of Justice charged the company for bank fraud, wire fraud and violating Iran sanctions. Ren said in June that the blacklisting move would cost the company $30 billion in revenue. The U.S. has also accused the tech giant of having the capabilities to spy.

Huawei hired Michael Esposito, a lobbyist connected to one of President Donald Trump’s campaign committees, in August in an attempt to lobby on behalf of the company, according to a disclosure filed with the Senate.

The White House did not immediately respond to the Daily Caller News Foundation’s request for comment.