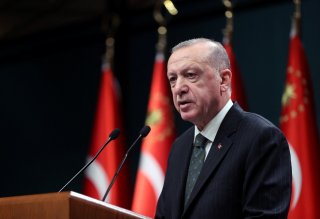 Erdogan, who served as Turkey’s prime minister from 2003 to 2014, has pushed the country’s central bank to reduce its interest rates by 500 basis points since September. Erdogan later indicated that this decision was based on his belief that low interest rates lead to low inflation. Most economists hold the opposite view, believing that low rates create high inflation. As interest rates have been lowered, Turkey’s inflation rate has risen steeply. The country’s inflation rate exceeded an average of 20 percent throughout 2021 and briefly jumped as high as 36 percent, marking the country’s highest rate since 2003.

In December, the lira’s value dipped to more than eighteen liras to the dollar. Although it has since recovered slightly, its value remains 46 percent lower than it was in January 2021.

In addition to the damage it has done to the Turkish economy, the devaluation of the lira may hurt Erdogan’s political prospects. Although it makes Turkish exports more competitive, it also makes imports more expensive and raises prices on ordinary goods. This poses a unique political problem for Erdogan, as the AKP’s power base is made up of lower-income and working-class voters who are most impacted by price increases on daily necessities.

Indeed, surveys conducted by Metropoll Research, a Turkish polling agency, seem to reflect a growing frustration with the president’s leadership. The Metropoll survey revealed that Erdogan’s personal approval rating had decreased to 38.6 percent, a number lower than several of his potential challengers. This number, if accurate, is Erdogan’s lowest approval rating since 2015.

The AKP fared even worse, with its popular support decreasing to 27 percent in the same poll. Although it remained the single most popular party in Turkey, a coalition of its challengers, the CHP and the “Good Party” (IYI), together polled at slightly more than 33 percent, suggesting they could overtake the AKP in the country’s next election. The survey also put support for the pro-Kurdish Peoples’ Democratic Party (HDP) at 9.4 percent and support for the right-wing Nationalist Movement Party (MHP) at 6.3 percent.

A second poll conducted by Metropoll confirmed that a slight plurality of Turkish voters believe that the CHP-IYI coalition would be most effective at managing the economy.

Turkey’s next election, which includes contests for the presidency and parliament, is scheduled to take place on or before June 18, 2023.