Win-Win: Invest in the African Century to Counter China 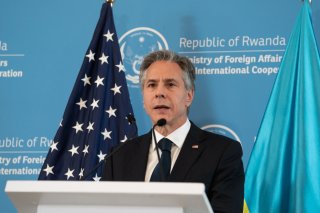 From July 20-22, the Kingdom of Morocco brought together over 2,500 delegates, businessmen, and investors from the United States and Africa to discuss the future of U.S.-African investment. The U.S.-Africa Business Summit featured many expert panelists on a range of issues facing African business and development, including food, infrastructure, cybersecurity, and perceptions of risk. I had the privilege of attending, and my time observing led me to conclude that it is necessary for the United States to show a new focus and interest in the African continent. Amid a global food crisis and encroaching Chinese influence in Africa, the United States should prioritize increasing public and private sector investment to achieve mutually beneficial dividends in trade, diplomacy, and security.

The “African Century” was a central focal point of the summit’s appeal. Currently, Africa is home to 1.3 billion people with a combined GDP of $3.3 trillion. While this is certainly small compared to developed countries, Africa is home to six of the ten fastest developing countries. Further, high fertility rates and the recent creation of the African Continental Free Trade Agreement mean that the African market will increase dramatically over time. Within a few decades, Africa could transform into one of the largest and most dynamic economies in the world. In terms of natural resources, Africa has over 60 percent of the world’s arable land and will be increasingly relied upon in the coming decades as a global breadbasket. The region is also home to about 30 percent of the world’s mineral reserves, 12 percent of the world’s oil, and 8 percent of the world’s natural gas reserves. Further, a burgeoning young population has increased the continent’s appetite for the digital revolution. However, due to obstacles in infrastructure—both technology and logistics—and a relative lack of local experts, the continent needs financial and technical assistance in order to meet its Sustainable Development Goals across many sectors.

U.S. organizations such as the Millennium Challenge Corporation (MCC) and Prosper Africa are actively involved in development projects through grants and compacts. However, their funding is limited and, as such, sees a limited impact. Over the past eighteen years, MCC has invested $9 billion in Africa. In such a large continent, that money spreads very thin and is generally used for multipliers, such as industrial parks. In contrast, Chinese investment in Africa outpaces the United States, enabling the extension of Beijing’s economic and geopolitical influence throughout the continent. Furthermore, the fifty-four countries in Africa make up the single largest voting bloc in the United Nations and have increasingly aligned with China over the decade since the launch of the Belt and Road Initiative (BRI) in 2014.

The United States has not yet realized how much it has at stake in Africa. There is strong demand for American dollars and technical expertise there. What remains is the American drive to supply this. A recurring concern raised at the summit was American banks and investors’ perception of high risk, which translates to low political will to adequately fund relevant government programs. These perceptions are false, and experts and officials at the summit did well to clarify why. Default risk in Africa is below the global average and many developed markets. Existing institutional investors have generally positive outlooks and returns. U.S. investment in Africa has also shown dividends in trade and job creation in the United States.

Rising Chinese economic and geopolitical influence in the region risks the United States losing out on the resource, trade, and diplomatic potential that Africa could offer in the coming decades. However, the continuation of Beijing’s current strong hand there is not guaranteed. While it has been generous in its funding of BRI projects, many of these projects have been riddled with economic viability issues that have been further compounded by COVID-19, such as Kenya’s Standard Gauge Railway, which operated at a tremendous loss of $200 million over three years and was eventually suspended by both parties. This has caused a slow but steady souring of African perceptions towards BRI and is creating vulnerabilities that an expansion of American capital can exploit. The more methodical, evidence-based approach of MCC, which includes fostering technical and vocational education training as part of its compacts, could be increasingly attractive to African countries over time. Further, the United States has a tool that China does not—the African diaspora. Both the United States and China have deeply set racial tensions. However, while American racial relations are messy, diaspora-owned enterprises, academics, and elected officials are particularly useful in engaging, investing in, and promoting U.S.-Africa trade and relations. The diaspora’s potential was on full display at the summit, with many first or second-generation immigrant American businessmen forging relationships. Emulating Israel’s success, multiple African countries have actively sought to generate diaspora bonds. For example, Ghana hosted a successful Year of the Return in 2019.

Despite this, the United States should not center its Africa policy on competition with China. Adopting an “us vs. them” stance similar to the previous administration’s would be counterproductive. Some African countries are keen to leverage geopolitical rivalries and others simply have no interest in alienating potential partners. With the advent of the African Century, it is essential to engage with Africa on its own terms. Neo-imperial policies will not generate trust nor cause a rift with Beijing, and they may inadvertently drive them further East. As China has deeply set interests in the continent and the yuan will continue to remain an influential force, When it is reasonable to do so, Washington should also explore areas of collaboration with Beijing to achieve sustainable and transparent multilateral development ends in Africa, including on issues such as agriculture and logistics. Tech infrastructure, as evidenced by the Huawei 5G controversy and Chinese hacking of the African Union headquarters, should remain an area of competition, however.

Much of the summit was aspirational, offering a very optimistic—but realistic—outlook for U.S.-Africa investment. The Biden administration has taken small but meaningful steps to improve America’s focus on Africa, but more remains to be done. In Morocco, Vice President Kamala Harris announced the U.S.-African Leaders Summit, which will take place in Washington this December. African development faces several obstacles from the post-colonial legacy: brain drain, lack of infrastructure, and corruption, casting a shadow on potential private investment across the whole continent. This upcoming summit presents an opportunity to further trade, relations, and investment and generate concrete plans to address these real and perceived hurdles. The Biden administration should use this opportunity to generate American private sector interest, build upon existing government initiatives, and utilize the African diaspora to present the United States as a more attractive partner than China and find new avenues for bilateral partnership.

Mitch Ruhl is a foreign policy and national security specialist based in Washington, D.C. He is passionate about twentieth and twenty-first century military history, its relationship with politics and society, and transatlantic relations.