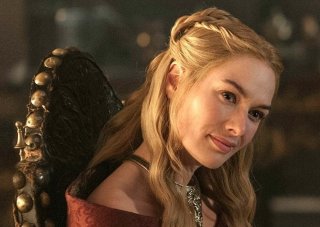 This time last year, fans of “Game of Thrones” were really excited about the show. It had come back after a nearly two-year hiatus, and the eighth and final season got off to a good start, especially with the fantastic second episode, "A Knight of the Seven Kingdoms."

Of course, fans of the show were soon left disappointed, if not downright outraged at creators David Benioff and D.B. Weiss, about how the series' endgame unfolded.

Even so, the final episodes of the series were never the worst it got, and even though the plot didn't end in a way that most fans wanted, no one can argue that those final shows weren't technically proficient and at a grander scale than what had been delivered in earlier seasons. And it should go without saying that even the worst episodes of "Game of Thrones" were more ambitious than the vast majority of what airs on TV.

So what were the worst episodes of the series?

- "Unbowed, Unbent, Unbroken." 'Game of Thrones' was criticized throughout its run for its less-than-sensitive treatment of the subject of sexual assault. This is the season 5 episode that ended with Ramsey Bolton's wedding night assault of Sansa Stark, probably the show's most horrific moment. But the episode also included both an extended sequence in the Hall of Faces in Braavos-never a very compelling storyline - as well as a lot of time in Dorne with the Sand Snakes.

- "Home." The episode early in Season 6 in which Jon Snow comes back from the dead, it continued popular culture's continuing penchant for robbing death of all of its stakes. As we've seen from everything from 'Thrones' to "Avengers: Endgame," there's now little-to-know gravitas associated with the death of fictional characters, now that we know no one is ever really dead.

- "Breaker of Chains." Another "Game of Thrones" episode with an ill-advised rape scene, this one in season 4 showed us Jamie having sex with his sister Cersei next to the casket of their son the king, Joffrey. Not only is that a sentence that would sound incredibly weird to someone unfamiliar with the show, it soon became clear that just about everyone watching the show had viewed that incident as a sexual assault, while the creators of the show stated in interviews that they didn't see it way. This was troubling from a storytelling standpoint, as the show never treated Jamie as a rapist before or after.

- "Beyond the Wall." The one in season 7 where Jon Snow and friends go north of The Wall to kidnap a wight, in order to show it to Cersei, was not only one of the dumber schemes ever hatched by the show, but it began to collapse the series' geographical reality in a way the series hadn't done before. This one was the beginning of serious fan rumblings that maybe the series didn't know what it was doing.

- "Kill the Boy." Another one from season 5, this was just sort of boring, consisting largely of characters walking from one location to another. Kind of a placeholder episode, in which not much of note happens.