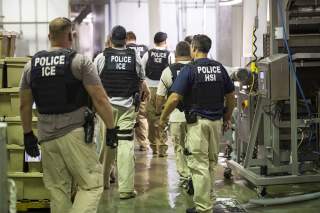 A Chinese national has pleaded guilty to running a “birth tourism” business, which involved helping hundreds of pregnant clients enter the United States and give birth so their children would receive U.S. citizenship.

Dongyuan Li pleaded guilty to two federal criminal charges, one count of visa fraud and one count of conspiracy to commit immigration fraud, for her involvement in a birth tourism business that was based in Orange County, California, according to a press release from the Justice Department.

Per the plea agreement, Li admitted that she ran You Win USA Vacation Services Corp. between 2013 and March 2015. The company specialized in helping Chinese government officials and wealthy pregnant clients skirt U.S. immigration laws, allowing them to enter the U.S. and eventually give birth to children that automatically earned American citizenship.

The company, which operated out of Irvine and China, allegedly coached customers on how to make false statements to U.S. immigration officials and on their visa applications.

Customers were also coached on how to lie during their U.S. Consulate interviews in China, telling interviewers that they would only stay in the U.S. for a couple of weeks, when in actuality they planned on remaining in the country for up to three months. Clients were also told how to best conceal their pregnancies from U.S. Customs officials.

The operation pulled in a lot of money for Li in a short amount of time. Li charged customers between $40,000 and $80,000. She raked in a total of $3 million in wire transfers from China over a two-year time period, according to a January 2019 federal grand jury indictment. The immigration fraud scheme was wide-reaching, with Li using 20 different apartments in Irvine for customers. You Win USA Vacation Services advertised that it had served over 500 Chinese clients seeking American birthright citizenship for their kids.

“Li was one of 19 defendants named in a series of indictments unsealed earlier this year. She is the first of the charged operators of birth tourism businesses to plead guilty. The remaining defendants either are pending trial or are fugitives,” the Justice Department statement read.

The case was investigated by Homeland Security Investigations, a division of ICE, and IRS Criminal Investigation. A sentencing hearing has been scheduled for December 16 by United States District Judge James Selna.