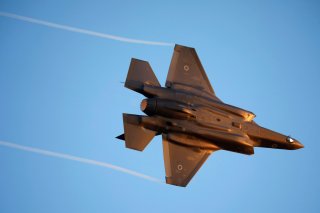 “We have now started on the EMD program to do the development aircraft that we will take into production,” Air Force secretary Frank Kendall said during a speech given to the Heritage Foundation. Although he explained that the clock is ticking, time “is starting roughly now. We think we’ll have the capability by the end of the decade.” However, time is still of the essence.

The U.S. Air Force has previously done research and development work on a kind of experimental NGAD prototype. Kendall explained that the U.S. Air Force “basically had an X-plane program, which was designed to reduce the risk in some of the key technologies that we would need for a production program.”

However, according to Kendall, the U.S. Air Force is "not interested in demoing experiments unless they are a necessary step on the road to a new capability." Previously the Air Force has done "a quick demo, and then we have to start an EMD or development program and wait several more years because we didn’t start the development function." But, if all systems point to go, the Air Force should “go right to development for production and get there as quickly as we can.”

The NGAD program is not just a single airframe but rather what the Air Force has previously called a family of systems that work together to support the NGAD fighter. The aircraft is expected to be extremely stealthy and optionally manned. Kendall explained last month that, with the help of a pilot, the aircraft could fly in tandem with unmanned aircraft, which would be “used together as an operational formation.”

Assistant Secretary of the Air Force Will Roper explained that, though information about NGAD is kept under wraps, the Air Force had “already built and flown a full-scale flight demonstrator in the real world.” And not only had the airplane flown, but the Air Force “broke records in doing it. We are ready to go and build the next-generation aircraft in a way that has never happened before.”

Although the NGAD platform is still years away from full production and adoption into service, the platform is moving along at a fast clip for all intents and purposes. And, sometime before the close of the decade, will be up and aloft with—or without—American Air Force pilots in the cockpit.