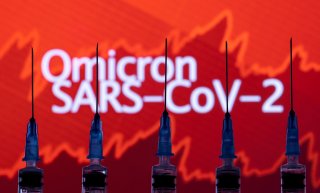 After several weeks observing the Omicron COVID-19 strain, the World Health Organization has warned that it had spread far more quickly than previous strains, including the Delta variant in the spring and summer of 2021.

Omicron, which was first reported in South Africa before spreading around the world, has since appeared in Europe, South America, and China, where it raised fears due to the perceived inadequacy in China’s Sinovac anti-COVID vaccine in fighting it. In all, seventy-seven countries have reported cases of Omicron, according to WHO Director-General Tedros Adhanom Ghebreyesus.

“The reality,” Ghebreyesus told reporters in Switzerland on Tuesday, “is that Omicron is probably in most countries, even if it hasn’t been detected yet.” The public health official said that the new strain was “spreading at a rate we have not seen with any previous variant.”

Ghebreyesus criticized popular perception of Omicron as a “mild” variant, which some media outlets have reported in response to Omicron cases resulting only in mild symptoms. Ghebreyesus said the virus strain’s high transmissibility could lead to healthcare systems becoming overwhelmed, even if most cases were less severe than other COVID-19 variants.

Omicron’s initial emergence led to a minor worldwide panic, leading to a downturn in markets and the global price of oil, which declined amid expectations that new travel restrictions would curb demand. The variant’s discovery in South Africa in late November led many nations to impose travel restrictions on it and its neighbors, moves decried by South African health officials and politicians as alarmist and counterproductive. Cyril Ramaphosa, the country’s president, condemned the restrictions as a form of “travel apartheid,” referencing the country’s history under white minority rule. Ramaphosa later tested positive for the virus.

In response to the Omicron variant, Ghebreyesus urged global equality in vaccine distribution, implicitly criticizing wealthy countries for using COVID-19 vaccine shots for “boosters” while poorer countries had low supplies. An estimated forty-one countries have still inoculated less than 10 percent of their people against the virus; these countries also typically have more fragile health systems, meaning that a significant outbreak there could lead to worse humanitarian consequences than one in a richer country.

Ghebreyesus claimed that the WHO was “not against boosters,” but was “against inequality.”

“Our main concern is to save lives everywhere,” he said. “It’s really quite simple. The priority in every country, and globally, must be to protect the least protected, not the most protected.”