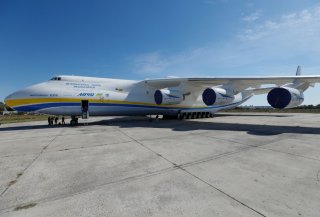 It was announced on Sunday that the world's largest aircraft, the Antonov AN-225 “Mriya,” had been destroyed during Russia's unprovoked invasion of Ukraine. The Mriya, which means “dream” in Ukrainian, had been parked at Hostomel Airport near Kiev when it came under attack by Russian forces, who have methodically targeted airports and air bases across the country in an attempt to achieve air superiority.

According to a statement issued by Ukroboronprom, the Ukrainian defense conglomerate, the An-225 was unable to take off that day because one of its engines had been dismantled for repairs. Ukrainian officials have also said that there are already plans to rebuild the plane.

"Russia may have destroyed our 'Mriya'. But they will never be able to destroy our dream of a strong, free and democratic European state. We shall prevail!," Ukrainian foreign minister Dmytro Kuleba posted on Twitter.

As previously reported, the An-225 Mriya was a strategic airlift cargo aircraft introduced by the Antonov Design Bureau in the Ukrainian Soviet Socialist Republic during the 1980s. Boasting a wingspan of 290 feet and a weight of 285 tons, the Mriya was widely acknowledged as the heaviest aircraft ever built.

The massive aircraft garnered a substantial following among aviation enthusiasts. Its loss is the latest blow to Ukraine's defense industry as well as the nation's aerospace infrastructure, which had received significant investment in 2021 with the aim of providing Ukrainian forces with high-tech, locally sourced equipment.

"When the plane was later converted to carry commercial and military cargo its size and speed made it a viable alternative to shipping and rail transportation as it could transport five main battle tanks at a time and specialized as a carrier of energy production systems, electric generators and fuel for nuclear power stations," added Davies. "As the AN-225 had relatively few applications and only took around 10 flights a year, no alternative aircraft was ever produced to replace it and in the absence of an equivalent alternative it will be missed as global carrier of cargo."

The AN-225 was often employed to help airlift aid during crises around the globe, CNN reported. In the aftermath of the 2010 Haiti earthquake, Mriya delivered relief supplies to the neighboring Dominican Republic. The massive plane was also used to transport medical supplies to affected areas during the early days of the COVID-19 pandemic.

"Mriya - You will always be remembered! We pay tribute to the world's largest transporter," tweeted aviation blogger Sam Chui.

Peter Suciu is a Michigan-based writer who has contributed to more than four dozen magazines, newspapers and websites. He regularly writes about military small arms, and is the author of several books on military headgear including A Gallery of Military Headdress, which is available on Amazon.com.
Image: Reuters.