Would President Trump Ever Bring Back the Battleships? 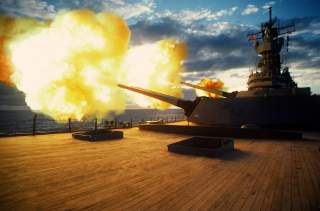 Key Point: Going forward the United States Navy will have to develop a new battleship that is in line with new strategy against China.

Salvatore Babones is an associate professor of Sociology and Social Policy at the University of Sydney. This piece was first featured in March 2018 and is being republished due to reader's interest.