Would You Buy a Huawei OLED HDTV? 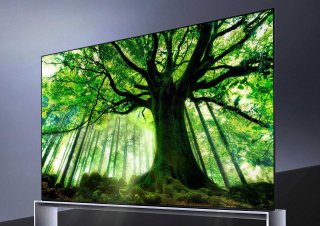 Huawei is a major Chinese technology company that's long been highly controversial. A provider of telecom equipment and other services in China, the company's best-known consumer product is smartphones, but it's also a major player in 5G technology.

Now, Huawei is preparing a push into OLED TV.

According to the English-language Chinese gadget review site Gizchina, Huawei executive Richard Yu has taken to Weibo, the Chinese version of Twitter, to share details about the upcoming product. The TV, the site said, will have a  "Japan premiere" on April 8.

According to that report, the forthcoming Huawei TV is called the Vision Smart TV X65. The 65-inch model features an OLED screen with a brand new kind of display-color technology that features multichannel sensors, along with a pop-up camera and a sound system that utilizes 14 different speakers. It will also run on the company's Hongmeng OS operating system.

Huawei last year had unveiled a 75-inch smart TV, although not with an OLED screen.

Huawei has been a frequent subject of rancor in U.S./China relations throughout the Trump era. The U.S. government has more than once accused Huawei of spying on behalf of the Chinese government, and in February, a senior Trump administration official compared the company to "the Mafia." In 2019, Huawei was placed on a "blacklist" by the Commerce Department, as part of the Trump Administration's trade war with China. The move prevented Huawei from including Google apps on its most recent smartphones.

"To liken Huawei to organized crime is disingenuous, and a PR stunt," Huawei's spokesman told CNBC. "Our senior management is more akin to the way American executives think and act."

Defenders of Huawei have argued that U.S companies have utilized their own telecom companies in order to spy on citizens.

As of last month, the U.S. government has announced an impending full ban on U.S. companies doing business with Huawei, but the ban's implementation has been delayed until May, representing the fourth extension to the temporary license.

Those restrictions would appear likely to keep the new OLED TV out of the U.S. market for the foreseeable future.

The launch has caused some skepticism.

"Please sir, I just want to watch TV and not be spied on," an author for the website The Next Web wrote Tuesday. "I appreciate all the cool stuff Huawei‘s first OLED TV is trying to do, but I’m certain I wouldn’t actually want one in my house — no matter how good it is."