The X-37B Space Plane Is One Giant Mystery 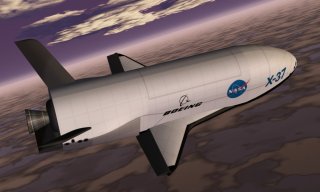 The sixth mission of the United States Air Force’s reusable X-37B spaceplane is scheduled to launch from Cape Canaveral Air Force Station in Florida on May 16. The Boeing-designed X37B Orbit Test Vehicle 6 will be launched into low Earth orbit by a United Launch Alliance Atlas 5 rocket. Last October was when the fifth classified Orbital Test Vehicle (OTV) ended with a successful landing after it was in orbit for a total of 780 days.

The United States Space Force will be responsible for the launch, on-orbit operations and landing of the OTV—a first for the newly formed sixth branch of the United States military.

“The X-37B team continues to exemplify the kind of lean, agile and forward-leaning technology development we need as a nation in the space domain,” said U.S. Space Force Chief of Space Operations, Gen. John “Jay” Raymond. “Each launch represents a significant milestone and advancement in terms of how we build, test, and deploy space capabilities in a rapid and responsive manner.”

This latest mission will reportedly carry out more experiments than any previous X-37B missions.

While the mission hasn't gotten much in the way of fanfare, which could be blamed on the ongoing COVID-19 pandemic that continues to dominate the news, the truth is that the previous missions largely flew under the mass media radar as well.

Unlike the Space Shuttle program, which had gotten its moment in the spotlight, the unmanned X-37B has remained more of a secret—at least as much of a secret as a space launch can be. Part of the reason is that the launches aren't classified, and it would be a hard thing to keep secret, but once the X-37B is up in the heavens, heaven only knows what it is doing or why. The Air Force certainly hasn't disclosed the payload apart from confirming that it isn't a weapon.

The missions do seem to be getting longer. The first mission in 2010 lasted 224 days, while the second mission a year later was 468 days. Also known is that the Space Force—which has taken over the program from the Air Force—has two X-378s that are swapped while one is undergoing maintenance and upgrades. Each is powered by solar cells with lithium-ion batteries, which allow the spaceplane to orbit around 200 miles above the Earth.

Many details about the X-37B are actually far from classified. The unmanned OTV looks similar to the NASA space shuttle, but is far smaller. It is just 29 feet long, 9.6 feet tall and weighs around 11,000 pounds. Like the shuttle, it is launched vertically with the aid of a rocket and it uses a runway for landing.

“The primary objectives of the X-37B are twofold: reusable spacecraft technologies for America's future in space and operating experiments which can be returned to, and examined on Earth,” stated a fact sheet on the OTV produced by the Air Force.

The program initially began in 1999 when NASA sought to construct two vehicles that included an Approach and Landing Test Vehicle (ALTV) and an Orbital Vehicle. The program was transferred to the military in 2004—specifically to the Defense Advanced Research Projects Agency (DARPA), at which point it became a bit more secretive in nature. In 2006, DARPA finished the ALTV part of the program, while the Orbital Vehicle originally envisioned by NASA was never built.

However, that project served as the inspiration for the spaceplane that eventually became the X-37B, which was built by Boeing’s Phantom Works division and run by the Air Force's Rapid Capabilities Office.

The May 16 launch will likely go ahead as planned despite the ongoing coronavirus, and it will be worth noting whether this mission lasts even longer than previous missions. Even if it does it is unlikely we'll know exactly what it will do up there.