Xi Jinping Doubles Down on Support for Putin and Russian ‘Sovereignty’ 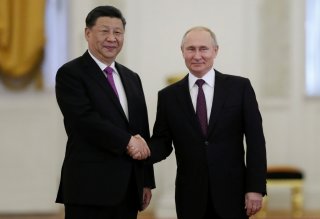 The conversation, which took place on Xi’s sixty-ninth birthday, appeared to maintain Beijing’s previous stances on Russia, including its call for an end to the conflict in Ukraine without faulting Russia for starting it. Xi emphasized during the conversation that his country was “willing to continue mutual support with Russia on issues related to sovereignty, security, and issues of major concern.”

While most nations have condemned Russia for launching the invasion, the Kremlin has defended itself by arguing that the “special military operation” was necessary to prevent Ukraine from joining NATO, which Russian officials argued constituted an unacceptable security threat. Russian state media has also emphasized the alleged “Nazi” character of Ukraine’s leadership, citing the existence of far-right units within its army, although these units are few in number, and some Russian forces have similar political affiliations. Russian foreign minister Sergey Lavrov defended the Kremlin’s line on the conflict in remarks that were widely interpreted as anti-Semitic in the West.

Despite these controversies, Russia claimed that Xi acknowledged the “legitimacy of Russia’s actions in protecting its fundamental national interests in the face of security challenges created by external forces,” implicitly referring to the United States and NATO. China has officially remained neutral in the conflict, although Chinese state media has heavily favored Russia and blamed the United States for inciting the war through NATO expansion.

While Russian and Chinese policies are not always in alignment, the two countries have jointly resolved to resist pressure from the United States and the European Union, arguing that the West pursues unrealistic foreign policies based on moral considerations. Instead, Moscow and Beijing have publicly advocated for non-interference in other countries' domestic affairs. During the call, Putin reiterated Russian support for China’s positions on ongoing controversies in Xinjiang, Hong Kong, and Taiwan.

In previous meetings—including one that took place during the 2022 Winter Olympics in Beijing, days before the onset of Russia’s invasion—Putin and Xi emphasized that their partnership has “no limits” and would continue to develop based on mutual interests.