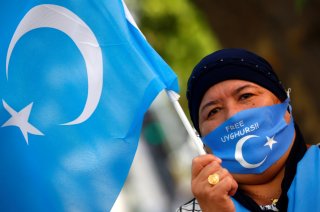 The Senate bill is more than just another salvo in the U.S.-China trade war. The political will to address forced labor accumulated quickly in recent years. Reports by both government sources and advocacy groups drew greater attention to rights violations. As many as 1 million members of the Uyghur Muslim minority have been detained in camps. An estimated 100,000 of those are used in local production involving diverse industries ranging from cotton to solar panel manufacturing. Dozens of household name brands have been implicated in investigations and, in response, companies have been quick to distance themselves from the region.

So great is the political momentum behind this issue that Senators Marco Rubio (R-FL) and Jeff Merkley (D-OR) crossed the aisle to cosponsor the bill. Rubio stated, “[The United States] will not turn a blind eye to ongoing crimes against humanity.” Merkley echoed that, saying “America can’t stay silent.” In a clear nod of agreement from their colleagues, the Senate skipped the formality of a roll call vote, and the bill passed with unanimous consent.

The recent attention paid to labor rights isn’t entirely new. Concerns over the treatment of labor at home and abroad have always been tied to American trade politics. However, Congress used to sort more neatly along party lines. Democrats historically resisted trade bills that deepened ties between the United States and countries with weak labor rights records. Famously, only fifteen Democrats in the House voted in favor of the Dominican Republic-Central America Free Trade Agreement back in 2005. Those names faced swift, heavy criticism from organized labor and pro-labor advocacy groups who claimed betrayal.

That left-wing skepticism of free trade reflects the preferences of its traditional working-class base, including organized labor groups historically resistant to liberalization. It also reflects the attitudes of advocacy groups that lobbied hard for the inclusion of more robust labor rights provisions in America’s trade deals. America’s record of trade law compliance certainly isn’t perfect, but the United States has been among the world leaders when it comes to insisting on labor provisions.

The old party divide started breaking down five years ago. Democrats had been losing significant portions of their working-class base, something Joe Biden himself acknowledged back in 2016. As blue-collar liberals shifted to the Right, Republicans showed a greater willingness to back away from the free-trade orthodoxy. At the same time, Donald Trump’s rhetoric reshaped public opinion on trade, further driving down support for liberalization among conservative voters.

These fundamental shifts in party composition help explain today’s curious alliance between former rivals. But labor rights aren’t the only factor at play. It certainly helps that the target of attention is China. China continues to raise practical concerns about anti-competitive behaviors such as state-owned enterprises and intellectual property rights. These concerns motivated the shift in trade policy five years ago and continue to remain a concern under the Biden administration. There are also larger geopolitical issues looming in the background as the United States grapples with how to address China’s growing economic might.

For its part, China has remained steadfast in defending its practices. It stated that internment was for “vocational training.” It also warned companies who abandoned Xinjiang’s cotton that they were jeopardizing their own profits. It’s not an outlandish threat given that Xinjiang produces one-fifth of the world’s total cotton supply.

But China’s market power is precisely why this legislation matters. Regardless of their motivations—either a genuine interest in labor rights or simple power politics—the two parties have arrived at a common ground. And that convergence is good news for supporters of labor rights, who have long worried about the lack of enforcement of existing rules. After all, the classic criticism of free trade is that profits dictate policy. Perhaps now there’s enough political will, at least in this instance, to change that.

Jeffrey Kucik is an associate professor in the School of Government and Public Policy and the James E. Rogers College of Law (by courtesy) at the University of Arizona.