Yes, Australia is Getting New Submarines, But So is the United Kingdom 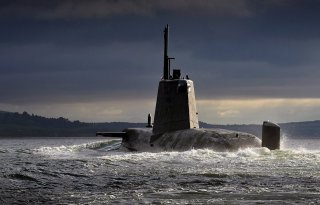 Although the UK’s Astute-class submarines are still under construction, the Royal Navy is already looking for their replacement.

The trilateral AUKUS defense agreement outlining the future defense cooperation between Australia, the United Kingdom, and the United States has rightly turned heads since its recent and unexpected announcement. Besides outlining how Australia—a country with zero nuclear experience of either a civil or military nature—will acquire nuclear know-how, Canberra will also receive a significant boost in above the water capabilities via American-supplied long-range munitions compatible with the Royal Australian Air Force’s American-built aircraft.

But Australia is not alone in acquiring new nuclear submarines. The United Kingdom joins them.

The British Royal Navy operates the Astute-class, a class of seven nuclear-powered submarines. Though two Astutes are still under construction, five are complete, with the last of the class, the Agincourt, expected in service in 2026. And although the class is not yet finished, the British Ministry of Defense is already looking forward to replacing the Submersible Ship Nuclear Replacement class.

In an announcement posted online, the Ministry of Defense very generally outlined their Astute-class replacement program, called the Submersible Ship Nuclear Replacement. In addition, the Ministry of Defence awarded Rolls-Royce and BAE Systems an £85 million contract to design concept work for a future submarine class.

Defense Secretary Ben Wallace explained that “this multi-million-pound investment ensures that this vital capability will be ready to replace our Astute Class submarines as they come out of service, whilst supporting high-skilled jobs across the Midlands and North West of England.”

The announcement quoted Ian Booth, the Submarine Delivery Agency CEO, who said that “designing and building submarines is one of the most complex and challenging feats of engineering that the maritime industry undertakes,” and that “it is essential that work on the next generation underwater capability commences as early as possible. This relies on some of the nation’s most experienced defence nuclear experts from the very beginning of the design phase.”

Perhaps one of the Royal Navy’s primary concerns is cost. The Astute-class was wildly over-budget, suffering from both a higher than anticipated degree of complexity as well as a submarine industry hollowed out from decades of disuse. Ultimately, the Royal Navy signed a contract with the American General Dynamics Electric Boat group, the primary submarine builder for the United States, to remedy the myriad difficulties experienced in building the Astute-class.

Regardless of what the Astute-class replacement ultimately looks like, the British Royal Navy will join their Australian ally in operating a new class of nuclear attack submarines in the not-so-distant future.