Yes, China Could Sink a U.S. Navy Aircraft Carrier. But Don’t Bet On It. 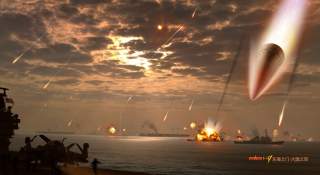 James Holmes is J. C. Wylie Chair of Maritime Strategy at the Naval War College and coauthor of Red Star over the Pacific, released last month. The views voiced here are his alone.