Yes, Iran Could Attempt to Destroy a U.S. Aircraft Carrier 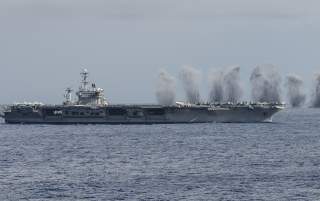 Key point: Tehran could succeed, but then they'd suffer the consequences.