Yes, It Is True: In 1918 America Invaded Russia 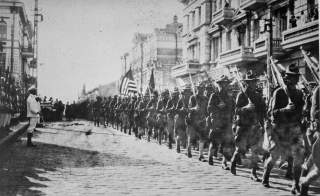