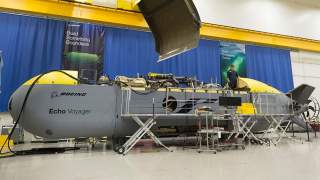 Key point: These new weapons will help support the manned-fleet. What can they do so far?