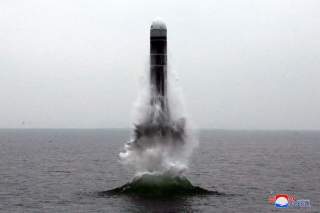 Key point (Note: This appeared last year and is being posted due to recent events): Although there was a test recently, Pyongyang has been working on these weapons for years now.

In the summer of 2018 a flurry of reports confirmed that North Korea has continued construction of a second ballistic-missile submarine, designated the

Sinpo-C by intelligence analysts after the shipyard in eastern North Korea. South Korean representative Kim Hack-yong told the Wall Street Journal that South Korean intelligence officials had reported activity and new materials around the construction site of the submarine. For context, Kim is a member of a conservative party which is skeptical of President Moon Jae-in’s diplomatic outreach to Pyongyang.