Yes, Russia's SU-35 Jet Fighter Is One of the Best Ever Made 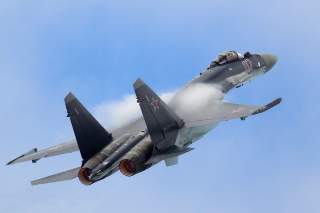 Key Point: The Su-35 is impressive even though it is not a stealth fighter. It has helped make Russia into a modern power again.