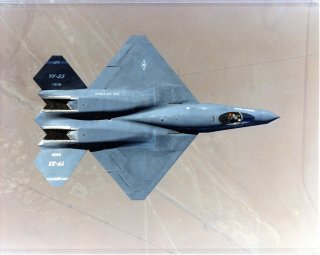 Here's What You Need To Remember: The YF-22 and YF-23 were very different airplanes, each with its own design trade-offs and approaches to achieving the fast-far-stealthy requirement. The YF-23 was faster. The YF-22 arguably was nimbler. The YF-23 pushed the boundaries of avionics technology. The YF-22 probably was easier to build.