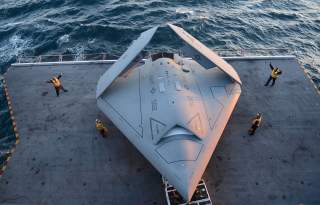 This piece has been adapted and expanded from Alfred McCoy’s new book, In the Shadows of the American Century: The Rise and Decline of U.S. Global Power.

For the past 50 years, American leaders have been supremely confident that they could suffer military setbacks in places such as Cuba or Vietnam without having their system of global hegemony, backed by the world’s wealthiest economy and finest military, affected.

The country was, after all, the planet’s “indispensible nation,” as Secretary of State Madeleine Albright proclaimed in 1998 — and other presidents and politicians have insisted ever since. The United States enjoyed a greater “disparity of power” over its would-be rivals than any empire ever, Yale historian Paul Kennedy announced in 2002. Certainly, it would remain “the sole superpower for decades to come,” Foreign Affairs magazine assured us in 2016.

During the 2016 presidential campaign, candidate Donald Trump promised his supporters that “we’re gonna win with military … we are gonna win so much you may even get tired of winning.” In August 2017, while announcing his decision to send more troops to Afghanistan, Trump reassured the nation that “in every generation, we have faced down evil, and we have always prevailed.”

In this fast-changing world, only one thing was certain: when it really counted, the United States could never lose.

The Trump White House may still be basking in the glow of America’s global supremacy but, just across the Potomac, the Pentagon has formed a more realistic view of its fading military superiority. In June 2017, the Defense Department issued a major report titled on Risk Assessment in a Post-Primacy World, finding that the U.S. military “no longer enjoys an unassailable position versus state competitors,” and “it no longer can … automatically generate consistent and sustained local military superiority at range.”

This sober assessment led the Pentagon’s top strategists to “the jarring realization that ‘we can lose.’” Increasingly, Pentagon planners find, the “self-image of a matchless global leader” provides a “flawed foun­dation for forward-looking defense strategy … under post-primacy conditions.”

This Pentagon report also warned that, like Russia, China is “engaged in a deliberate program to demonstrate the limits of U.S. authority.” Hence, Beijing’s bid for “Pacific primacy” and its “campaign to expand its control over the South China Sea.”

Indeed, military tensions between the two countries have been rising in the western Pacific since the summer of 2010. Just as Washington once used its wartime alliance with Great Britain to appropriate much of that fading empire’s global power after World War II, so Beijing began using profits from its export trade with the U.S. to fund a military challenge to its dominion over the waterways of Asia and the Pacific.

Some telltale numbers suggest the nature of the future great power competition between Washington and Beijing that could determine the course of the twenty-first century. In April 2015, for instance, the Department of Agriculture reported that the U.S. economy would grow by nearly 50 percent over the next 15 years, while China’s would expand by 300 percent, equaling or surpassing America’s around 2030.

Similarly, in the critical race for worldwide patents, American leadership in technological innovation is clearly on the wane. In 2008, the United States still held the number two spot behind Japan in patent applications with 232,000. China was, however, closing in fast at 195,000, thanks to a blistering 400 percent increase since 2000.

By 2014, China actually took the lead in this critical category with 801,000 patents, nearly half the world’s total, compared to just 285,000 for the Americans.

With supercomputing now critical for everything from code breaking to consumer products, China’s Defense Ministry outpaced the Pentagon for the first time in 2010, launching the world’s fastest supercomputer, the Tianhe-1A.

For the next six years, Beijing produced the fastest machine and last year finally won in a way that couldn’t be more crucial: with a supercomputer that had microprocessor chips made in China. By then, it also had the most supercomputers with 167 compared to 165 for the United States and only 29 for Japan.

Over the longer term, the American education system, that critical source of future scientists and innovators, has been falling behind its competitors. In 2012, the Organization for Economic Cooperation and Development tested half a million 15-year-olds worldwide.

But why, you might ask, should anybody care about a bunch of 15-year-olds with backpacks, braces and attitude? Because by 2030, they will be the mid-career scientists and engineers determining whose computers survive a cyber attack, whose satellites evade a missile strike, and whose economy has the next best thing.

With its growing resources, Beijing has been laying claim to an arc of islands and waters from Korea to Indonesia long dominated by the U.S. Navy. In August 2010, after Washington expressed a “national interest” in the South China Sea and conducted naval exercises there to reinforce the claim, Beijing’s Global Times responded angrily that “the U.S.-China wrestling match over the South China Sea issue has raised the stakes in deciding who the real future ruler of the planet will be.”

Four years later, Beijing escalated its territorial claims to these waters, building a nuclear submarine facility on Hainan Island and acceleratingits dredging of seven artificial atolls for military bases in the Spratly Islands. When the Permanent Court of Arbitration at The Hague ruled, in 2016, that these atolls gave China no territorial claim to the surrounding seas, Beijing’s foreign ministry dismissed the decision out of hand.

To meet China’s challenge on the high seas, the Pentagon began sendinga succession of carrier groups on “freedom of navigation” cruises into the South China Sea. It also started shifting spare air and sea assets to a string of bases from Japan to Australia in a bid to strengthen its strategic position along the Asian littoral. Since the end of World War II, Washington has attempted to control the strategic Eurasian landmass from a network of NATO military bases in Europe and a chain of island bastions in the Pacific.

Between the “axial ends” of this vast continent, Washington has, over the past 70 years, built successive layers of military power — air and naval bases during the Cold War and more recently a string of 60 drone bases stretching from Sicily to Guam.

Simultaneously, however, China has conducted what the Pentagon in 2010 called “a comprehensive transformation of its military” meant to prepare the People’s Liberation Army “for extended-range power projection.” With the world’s “most active land-based ballistic and cruise missile program,” Beijing can target “its nuclear forces throughout … most of the world, including the continental United States.”

Meanwhile, accurate missiles now provide the PLA with the ability “to attack ships, including aircraft carriers, in the western Pacific Ocean.” In emerging military domains, China has begun to contest U.S. dominion over cyberspace and space, with plans to dominate “the information spectrum in all dimensions of the modern battlespace.”

China’s army has by now developed a sophisticated cyberwarfare capacity through its Unit 61398 and allied contractors that “increasingly focus … on companies involved in the critical infrastructure of the United States — its electrical power grid, gas lines and waterworks.”

After identifying that unit as responsible for a series of intellectual property thefts, Washington took the unprecedented step, in 2013, of filing criminal charges against five active-duty Chinese cyber officers.

China has already made major technological advances that could prove decisive in any future war with Washington. Instead of competing across the board, Beijing, like many late adopters of technology, has strategically chosen key areas to pursue, particularly orbital satellites, which are a fulcrum for the effective weaponization of space.

As early as 2012, China had already launched 14 satellites into “three kinds of orbits” with “more satellites in high orbits and … better anti-shielding capabilities than other systems.” Four years later, Beijing announced that it was on track to “cover the whole globe with a constellation of 35 satellites by 2020,” becoming second only to the United States when it comes to operational satellite systems.

Playing catch-up, China has recently achieved a bold breakthrough in secure communications. In August 2016, three years after the Pentagon abandoned its own attempt at full-scale satellite security, Beijing launched the world’s first quantum satellite that transmits photons, believed to be “invulnerable to hacking,” rather than relying on more easily compromised radio waves.

According to one scientific report, this new technology will “create a super-secure communications network, potentially linking people anywhere.” China was reportedly planning to launch 20 of the satellites should the technology prove fully successful.

To check China, Washington has been building a new digital defense network of advanced cyberwarfare capabilities and air-space robotics. Between 2010 and 2012, the Pentagon extended drone operations into the exosphere, creating an arena for future warfare unlike anything that has gone before.