You Won't Beat the Army In a War: A Retired General Told Us Why. 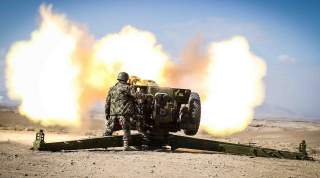