Your Guide to What Is Coming to Hulu in April 2020 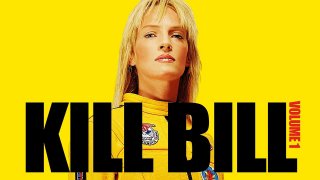 With most people stuck at home these days to coronavirus, finding stuff to watch is more important than ever. If you're a subscriber to Hulu, here are some of the best movies and shows this April:

Blazing Saddles (April 1.) April Fools' Day is as good a time as any to add one of the greatest comedies of all time. Mel Brooks' 1974 parody of Westerns may be much more vulgar than any comedy you're likely to see today, but at heart Blazing Saddles is a deeply progressive, anti-racist film in which prejudiced plutocrats are the greatest villains.

Kill Bill Vol. 1 and Kill Bill Vol. 1 (April 1.) Quentin Tarantino's two-part revenge saga from 2003 and 2004, featuring The Bride (Uma Thurman)'s protracted vengeance against the crime syndicate that tried to kill her at her wedding, arrives on Hulu at the start of the month.

Risky Business (April 1.) You’ve probably seen that shot of Tom Cruise sliding past the staircase to the opening riff of Bob Seger’s “Old Time Rock ’n’ Roll” a million times in your life. But if you’ve never seen the 1983 movie yourself, starring Cruise and Rebecca De Mornay, now’s your chance.

Future Man: Season 3 (April 3.) This Hulu original sci-fi comedy, executive produced by Seth Rogen and his writing partner Evan Goldberg, stars Josh Hutcherson as a janitor asked to save the world. It may not have broken through the way other streaming shows have, but it's always been a solid, consistently funny show, now debuting for its final season.

Parasite (April 8): South Korean director Bong Joon-ho's sharply satirical comedy/thriller hits Hulu this month, just over two months after becoming the first-ever foreign language film to win the Academy Award for Best Picture. The film, featuring a poor family slowly insinuating their way into the lives of a rich one, was nearly unanimously praised by critics and cineastes.

Mrs. America (April 15.) This limited series is part of the "FX on Hulu" branding, but it's debuting on Hulu only. It's a dramatization of the culture war in the 1970s between feminists Gloria Steinem (Rose Byrne) and Betty Friedan (Tracey Ullman) against anti-feminist Phyllis Schlafly (Cate Blanchett), over the Equal Rights Amendment.

Abominable (April 24.) For the kids, there's this underrated animated entry from 201. A DreamWorks Animation release, Abominable is an E.T./The Iron Giant riff, telling the story of a young girl who befriends a yeti.