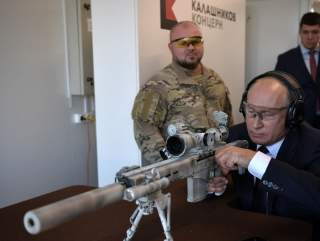 Key point: These weapons have already gotten their test runs in the Syrian Civil War.

Charlie Gao studied political and computer science at Grinnell College and is a frequent commentator on defense and national-security issues. Follow him on Twitter: @izlomdefense. This article originally appeared in 2017 and is being republished due to reader's interest.