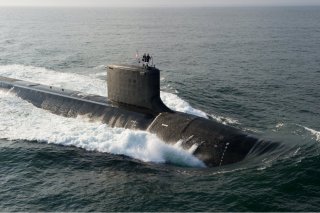 Key point: Groups of underwater drones will soon simultaneously use sonar and different sensors to identify and destroy enemy submarines and surface ships.

Although the CSBA study was published several years ago now, the issues it raises have been of great relevance to developers of undersea technology working to sustain US dominance in an increasingly contested domain. In addition, Navy developers have specifically said that many newer innovations have been engineered to address the concerns mentioned in the study.