Zoom In On This Photo (You Can See the U.S. Navy's Greatest Foe) 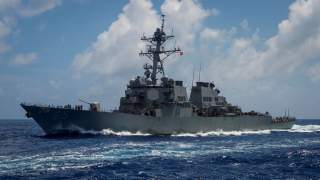 Key point: Power projection is not just about hardware but about how such hardware and military forces present themselves. Appearing ship-shape is necessary to project gravity and competence.

James Holmes is J. C. Wylie Chair of Maritime Strategy at the Naval War College and author of the forthcoming Brief Guide to Maritime Strategy. The views voiced here are his alone. This first appeared earlier in 2019.