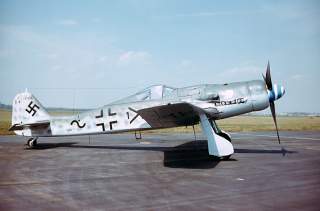 In June 1940, London even offered to support the principle of reuniting British-ruled Northern Ireland with the South—if only Ireland, in exchange, joined the beleaguered British Empire in its conflict with the Axis powers.

But de Valera ultimately refused, distrustful that the government of Northern Ireland in Stormont would cooperate in realizing his long-cherished goal.

Indeed, most of the Irish Republic’s leadership had fought the British in the Irish War of Independence two decades earlier. The Republic’s small army—only 8,000 personnel at the outset of hostilities—was even told to prepare for possible British invasion.

Indeed, this threat was not entirely hypothetical, as some British commentators did suggest that the UK should consider taking back by force three strategically valuable deep-water treaty ports transferred to Irish control in 1938.

In practice, though, Dublin supported the British war effort in various subtle ways such as by opening a corridor through Irish airspace through maritime patrol planes could fly to hunt German U-Boats. Furthermore, thousands of Irish citizens served in the British armed forces during World War II.

Nonetheless, news of British-Irish tensions reached Hitler in December 1940, inspiring him to suggest that the Wehrmacht should be ready to send troops to the island should Dublin request aid from Berlin—and supply Ireland with British weapons captured during the Battle of France.

German intelligence even schemed to land agents and supplies by seaplane in Ireland—Operation Whale and Sea Eagle—should British troops in Northern Ireland invade the Republic.

“The occupation of Ireland might lead to the end of the war,” Hitler concluded in a memo to Admiral Erich Raeder.

In fact, following the conquest of France several months earlier, the Wehrmacht had already begun planning Case Green: an unprovoked invasion of the Irish Republic, to occur in tandem with Operation Sea Lion, the planned amphibious invasion of Great Britain.

The German military had never believed that protestations of neutrality should get in the way of exploiting a convenient invasion route. In Ireland, they saw a natural base from which short-range fighters could be more effectively deployed to scour the Royal Air Force from the skies.

Furthermore, a battle for the island would pin down British troops in Northern Ireland, and even deny the island as a last redoubt should Sea Lion succeed in seizing Great Britain.

Planning for Case Green was assigned to General Leonhard Kaupisch, and was to be spearheaded by a relatively small regimental-sized contingent of 3,900 troops including commandos, a motorized infantry battalion, anti-aircraft units, engineers and artillery. These would depart from the ports of Nantes, Saint-Nazaire and Lorient and transit 400-500 miles to land on the coastline stretching from Wexford to Dungarvan in southern Ireland.

Eventually the landing force would be reinforced by three infantry divisions, bringing the total German force to 50,000 troops.

The invasion plans were detailed with stereotypical German thoroughness in five volumes rife with dozens of street maps and hundreds of photos and sketches, some obtained from tourists and others by high-flying spy planes.

The plans were actually expanded in a second edition issued in 1941, and seemingly could have have served as the ultimate travel guide to the picturesque island. You can see some of the photos in the Case Green dossier here.

A German landing ships would have to skirt around the British coastline of Cornwall—exposing it to sea- and air-attacks—or adopt a lengthier, alternate path. Even if the landing force avoided interception, reinforcements likely would not—thus the German Navy warned it would not be able to sustain supply lines to the isolated German troops. If Operation Sea Lion failed, counter-attacking British troops from Northern Ireland and Great Britain would likely drive the German invaders into the sea.

After the Luftwaffe suffered disastrous losses in its air campaign against the UK on September 15, Hitler “temporarily” canceled Operation Sea Lion.

A few months later on New Year’s Day in 1941, General Kurt Student was recovering from wounds when he struck up a conversation with Hitler on a scheme to capture Northern Ireland—from the air.

Student had pioneered large-scale parachute landing operations in 1940, and now conceived of dropping his 20,000-strong paratrooper corps to snatch Northern Ireland from the UK, while sparing the Irish Republic. The landing would be timed to coincide with the twenty-fifth anniversary of the 1916 Easter Uprising.

According to Student, Hitler insisted “A neutral Irish Free State is of greater value to us than a hostile Ireland.”

Student envisioned one force being airdropped northwest of Belfast, and a second force snatching the RAF airbase at Long Kesh, southwest of Belfast—securing it for Luftwaffe fighters and transport planes to land there. A third decoy landing using dummy parachutists south of Derry/Londonderry would confuse the British reaction.

Should the plan go awry, Student figured (quite incorrectly) his paratroopers could retreat into the Republic of Ireland to seek asylum.

Nonetheless, Student’s plan was probably more viable than Case Green for one simple reason: by using paratroopers, it bypassed the Royal Navy, which vastly outgunned the German fleet.

But his plan still only really worked if it took place in concert with a German invasion of Great Britain. Otherwise the British forces would inevitably overwhelm Student’s paratroopers by counterattacking across the Irish Sea.

Indeed, the British had already begun recognizing Ireland’s vulnerability to a German airborne landing operation in May 1940 and began sketching up plans for an expeditionary force to kick Nazi invaders out.

Hitler’s interest in attempting Operation Sea Lion rapidly faded as he turned his avaricious gaze upon the Soviet Union. Thus, nothing ever came of Case Green, nor Student’s plan. Nonetheless, the German war office circulating new annual editions of Case Green in 1941 and 1942—in part likely to maintain psychological pressure on the British.

Ironically, the Wehrmacht was seemingly unaware of another proposed plan to invade Ireland that would have negatively affected the prospects of either invasion schemes.

This was Plan Kathleen—an invasion of Northern Ireland proposed to the German Abwehr intelligence agency by the militants of the Irish Republican Army. It was typical of the Third Reich’s internal dysfunction that Abwehr and Germany Army were not apparently communicating on the matter.

While Kathleen never amounted to much, its prompt capture by Irish police would result in a far more rigorously plan between London and Dublin for British troops to enter the Republic of Ireland codenamed Plan W.

The story of Plan Kathleen, Plan W and the Ireland’s plans to defend against German invasion are detailed in a companion article.