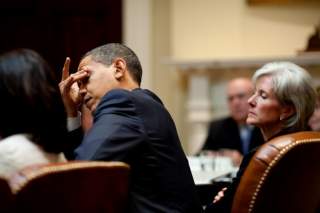 Consumers in 19 states will see increases to their health insurance rates, most in the double digits, for 2017, according to publicly available data filed with state insurance regulators.

Since June, insurance companies have been submitting proposed rate requests to state departments of insurance for the 2017 plan year. The U.S. Department of Health and Human Services also has to approve rates for insurers selling on Obamacare’s exchanges.

States are now in the process of reviewing those requests and ultimately deciding whether to approve or alter the insurers’ proposals for next year.

Many insurance companies, like Highmark Blue Cross Blue Shield of Delaware and Aetna in Delaware, have attributed their proposed double-digit rate hikes to the end of the federal transitional reinsurance program and high medical costs from their customers.

The reinsurance program, one of three implemented under the Affordable Care Act, was designed to transfer risk among insurers. The program expires at the end of the year, and insurers have said its end alone will cause premiums to rise.

Others, meanwhile, have decided to pull out of Obamacare’s exchanges altogether after losing money in 2015.

UnitedHealthcare was the first to do so, and the nation’s largest health insurer announced earlier this year that it will no longer sell coverage on exchanges in 34 states.

Aetna became the latest insurer to announce it, too, will be leaving the exchanges. The company announced last week that it will no longer sell coverage on exchanges in 11 states, leaving 167,600 customers to purchase new coverage for next year.

The company will continue to sell on exchanges in Delaware, Iowa, Nebraska, and Virginia.

In more than a dozen states, insurance companies have requested double-digit rate increases for next year.

Rate hikes range from a high of 62.1 percent from Blue Cross and Blue Shield of Montana to a low of 8 percent from Evergreen Health in Maryland.

Evergreen Health was one of 23 co-ops, or consumer operated and oriented plans, that started under Obamacare. Since the first open enrollment period in the fall of 2013, 16 co-ops have failed.

See how rates in your state could change next year here.