$1,400 Stimulus Check Nightmare: What To Do If Your Money Is Stolen? 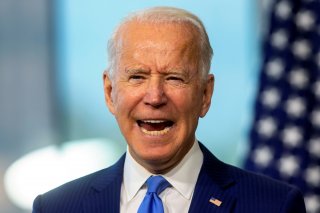 With the rollout of the current sixth batch of $1,400 coronavirus stimulus checks, the total number of direct payments to Americans has been boosted to one hundred sixty-one million.

Of the newest payments, roughly nine hundred thousand were issued via direct deposit, while nearly 1.1 million were disbursed via paper checks with the postal service.

However, there have been increasing reports that U.S. taxpayers aren’t getting their checks in their mailboxes—and mail thieves are potentially to blame.

Recent U.S. Postal Inspection Service data have revealed that mail theft reports have skyrocketed by 600 percent over the past three years. Reports went from about twenty-five thousand in 2017 to about one hundred seventy-seven thousand in 2020.

The agency has said that the figures, in fact, reflect multiple kinds of customer complaints—not just those involving mail theft. The agency noted that it couldn’t provide figures on mail theft alone due to limitations in the internal system, which it relies on to capture customer reports.

“We discovered that the mail theft complaint numbers provided to you were overstated due to the fact they included a significant number of reported customer complaints unrelated to mail theft, such as mailbox vandalism, mail delivery issues, and matters unrelated to the mail or Postal Service,” the agency said in a statement, per NBC News.

For Americans who have to deal with this unfortunate situation of having their stimulus payments stolen, keep in mind that they can still try to claim the money that they’re entitled to from the U.S. government.

The Internal Revenue Service is reminding those affected that for this particular tax season, a Recovery Rebate Credit has been added to all returns, so that people mired in this situation can eventually get their hands on the overdue payments.

Other individuals reportedly have gotten a confirmation letter (Notice 1444 or Notice 1444-B) from the IRS stating that their payment was issued even though they have yet to receive it.

In this situation, the affected individuals have the option to request an IRS payment trace.

Do make sure to set aside some time to complete this process because some people have been left on hold for a considerable amount of time. If the trace request was done via phone, then know that one does not have to fill out Form 3911.